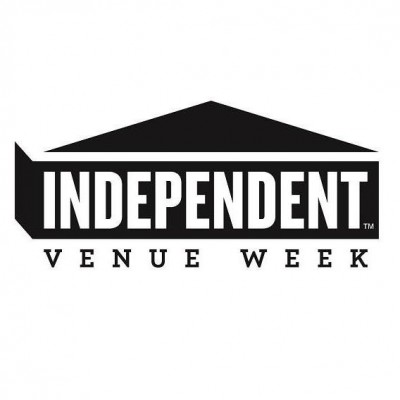 Independent venues are the lifeblood of live music. Before bands hit the big time and acts amaze audiences the world over, musicians need a space where they can cut their teeth. Somewhere they can play to real people and learn how to connect with their listeners, develop their own unique sound and learn how to become a legend.

And it’s the smaller stages that allow this to happen. Promoters taking a chance on fresh talent, venue owners bravely holding their own against rising costs and an army of workers behind the scenes pulling pints, taking your cash at the door, carrying amps and sorting the sound levels.

In a similar fashion to the well-publicised Record Store Day, Independent Venue Week is a timely reminder that without all this effort at a grassroots level nothing would grow and develop into the fantastic festivals, astounding arena concerts or the next big thing that we all enjoy. It gives all those cool clubs and quirky pubs a chance to proudly show off the acts so closely attached to them, and usually in an intimate setting that truly connects spectator with the spectacle on stage.

In respect for all the many hardworking people that come together to make so many wonderful gigs take place, Gigantic offers a brief list of just some of the many amazing events taking place during Independent Venue Week and beyond. So, join in with the celebrations and enjoy the many upcoming shows that can only take place with your regular attendance and support.

Coyly named in reference to Oxford Universities impenetrable elitist dining club, The Bullingdon is a very welcoming cocktail bar which has been trading for over 135 years and played home to live music for the last 20. After a recent referb, they have grown their crowd capacity and improved the lighting and sound system in anticipation for big things to come.

Cool Leicester club The Cookie is the city’s premier venue for local talent and major names in music, located on the bustling High Street. In addition to the great music, The Cookie is also a host stage for the annual Leicester Comedy Festival, a major draw which attracts fans of stand up from all over the world.

Given its unassuming exterior, you would be forgiven for not realising that Clwb Ifor Bach has played host to some of Cardiff’s wildest gigs. The Strokes, Foals, Young Fathers and Future Of The Left have all graced their stages. Named after the fearsome 12th century rebel leader fighting English rule, it offers three floors which stage everything from pop, rock to dubstep.

Birmingham bar The Sunflower Lounge prides itself on bringing the glamour and grunge of the infamous New York dive bars to the heart of the West Midlands metropolis. Opened in 2002, they continue to showcase the best in breaking acts and cutting edge DJs in their basement bar. Also, be sure to take advantage of their huge range of craft beers.

Take a warehouse from the turn of the century, add four tube carriages and add two shipping containers and you have Village Underground. Originally conceived as quirky new offices in East London, the converted Shoreditch space was renovated in 2007 also plays host to everything from live art performances, theatre, club nights and concerts.