The head-rush of anticipation when you enter the arena... The goose-bumps when your favourite artist arrives on stage... And the sheer elation of that epic encore...

That's why we do what we do here at Gigantic.


Because when Mark, our founder, launched the company back in April 2007, he named it after his favourite track (it's by Pixies - but you probably know that already).


Two million happy customers later, we're one of the UK's largest independent ticket agencies. And still have one simple aim - getting you into the events you love: from the 'next big thing' in an intimate local venue to global superstars in mega stadiums. And everything in between, too...


And here's the reassuring bit...

Work With Us
We work with many of the UK's major promoters, festivals and iconic venues

We support Fanfair Alliance (the campaign against industrial-scale online ticket touting) and the Music Venue Trust that aims to preserve, improve and protect grassroots venues
Contact Us
We keep it real: no PO boxes or non-geographic phone numbers - we've been here in sunny Nottingham for over 11 years (and aren't going anywhere)

Above all, we believe in making life easy for you. That's why buying tickets is hassle-free with our account registration; getting in touch is a breeze via email, social networks or calls (your queries come directly to us - and get sorted super quickly); and entering shows is seamless with our mobile and e-ticket solutions. So you're in safe hands.

There are many online ticket retailers. But no-one shares your passion like us. In our office, the debates about the best bands, venues, seats (and hairstyles) rage constantly. Like you, we live for the moments that only live events can create (see you down the front!). 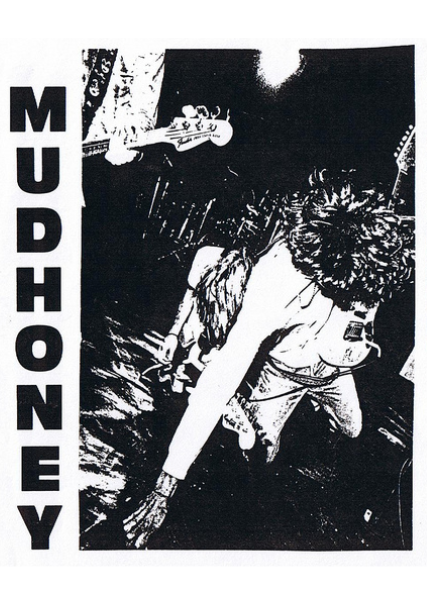 Founder Mark Gasson Favorite gig: Mudhoney
@ SOAS, London 12.05.1989 "It was a gig packed full of energy with sweat dripping from the walls. At one point it seemed like the whole audience was on stage with Mudhoney. Soundgarden were the support act."
Customer Services Manager Amy Davis Favorite gig: Liam Gallagher
@ King Tuts Glasgow 06.11.2017 "My favourite gig has to be Liam Gallagher at King Tuts Glasgow. I won a competition to be in his music video 'come back to me' only 100 of us won the competition so I was really lucky! I got to meet him as well which is probably the single best thing that's ever happened to me in my life, being the biggest oasis fan in the world! He played a load of oasis songs in the tiny little venue (where oasis were first discovered) and I was at the front, it was pretty special! Something I wont forget" 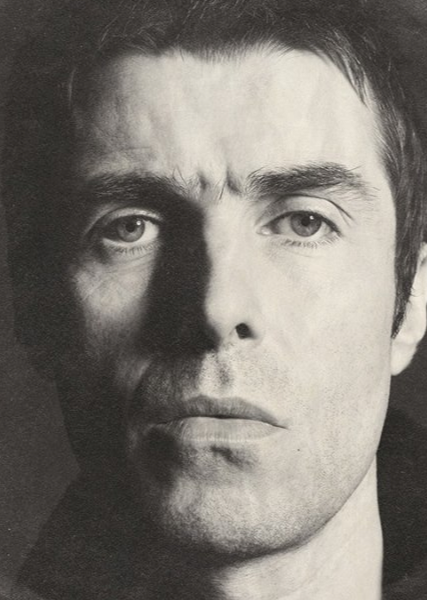 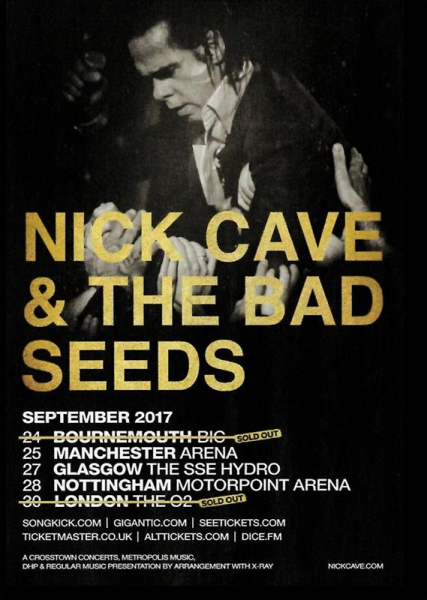 Customer Services Jack Stoddart Favorite gig: Nick Cave and the Bad Seeds
@ Nottingham Motorpoint Arena 28.09.2017 "My favourite gig moment was seeing Nick Cave stroll through the crowd and past us at Nottingham Arena, simply because it was such an emotional and surreal performance and experience."
Customer Services Cassidy Trout Favorite gig: Brody Dale
@ The Leadmill Sheffield 25.04.2014 "Meeting Brody after the gig was a surreal and checked off the bucket list moment for sure. Well worth missing the last train and having to sleep in the station for. " 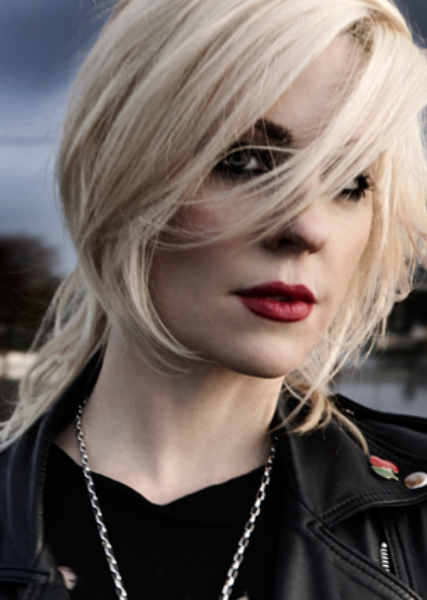 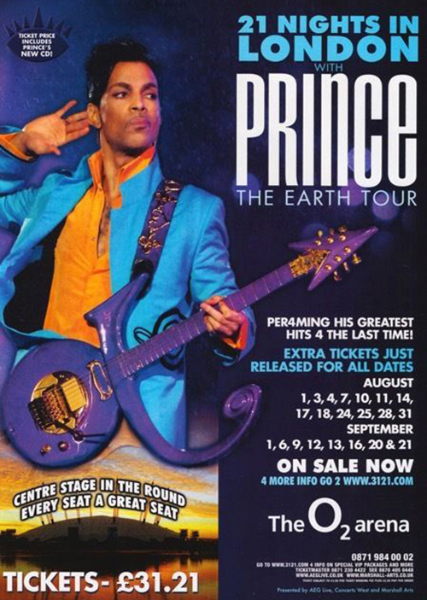 Event Management Chris Reeve Favorite gig: Prince
@ The O2 Arena, London 01.08-21.09.2016 "I would probably have to say Prince at the O2 during his 21 night residency. No support band, just 3 and half hours of pure, sweet, purple funkiness. Or maybe the solo gigs of Ian and Simone Felice. I never not got to see the original line up of the Felice Brothers live (they always seemed to cancel on me), but the performances of the individual members have always been mesmerising examples of how to captivate a crowd with just a microphone and a guitar. "
Event Management James McBride Favorite gig: Stone Roses
@ Tennent's Vital, Belfast 21-22.08.2012 "It was my first outdoor show, a good group of friends all out for the whole day. There was a brilliant atmosphere and they played an incredible set. The 30-minute version of 'Fools Gold' and John Squire's prowess were highlights." 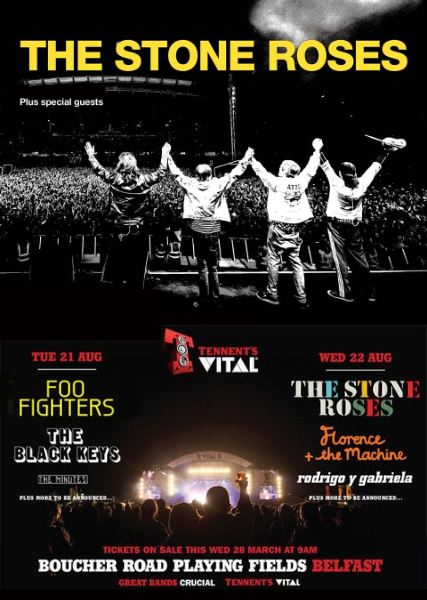 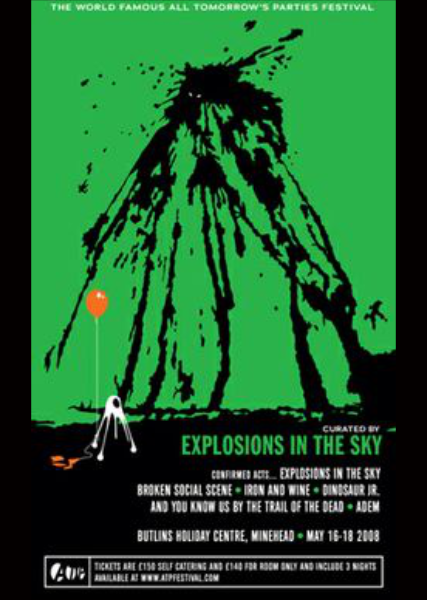 Business Development & Marketing Manager Simon Carpenter Favorite gig: Battles at All Tomorrows Parties curated by Explosions in the Sky
@ Camber Sans 17.05.2008
+ Thee oh Sees
@ Rock City, Nottingham 16.05.2017 "I haven't really got a reason why these were my favourite they were just great! "
Web Content Manager Jimi Arundell Favorite gig: Manic Street Preachers
@ Rock City, Nottingham 24.05.2007 "Combining passion and politics, Manic Street Preachers were the first band to truly excite me and firmly remain my favourite to this day. Getting to see them in the relatively intimate setting of the iconic Nottingham venue Rock City was exciting enough, and then Nicky Wire leapt off stage to scream the last lyrics of 'Little Baby Nothing' in my face before giving me a hug. " 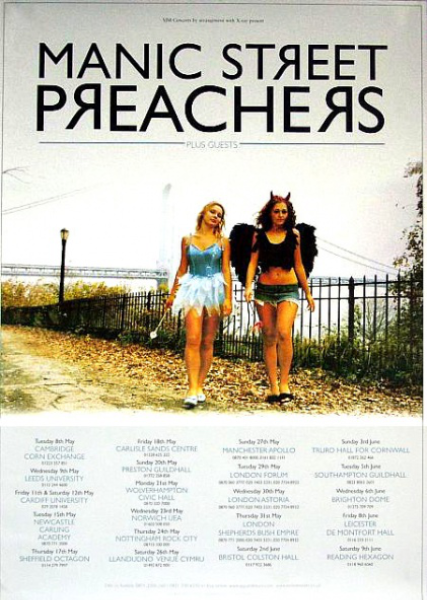 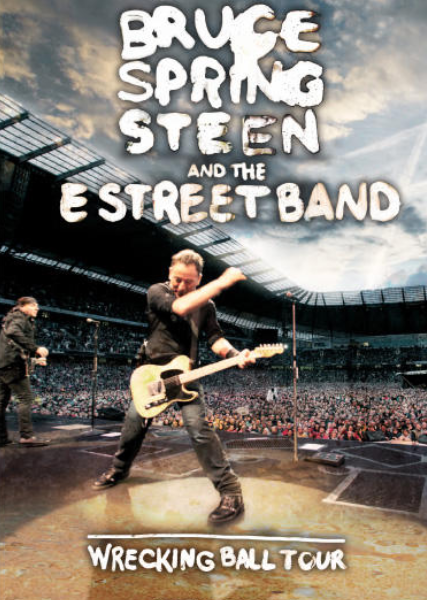 Social Media Manager Elizabeth Gracie Favorite gig: Bruce Springsteen
@ Ricoh Arena, Coventry 20.06.2013 "This was very hard but I would say my favourite gig so far is Bruce Springsteen Wrecking Ball Tour, live at Ricoh Arena Coventry 20th June 2013. I chose this one because I grew up with my Dad playing 'The Boss' a lot at home so it was amazing to finally see him perform live and he was everything I expected and more! "