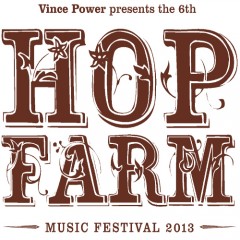 The Hop Farm Music Festival, Kent's number one festival, will be take place on the 5th and 6th July 2013.

The festival will offer two days of music for up to 10,000 people. Headliners have been announced as: My Bloody Valentine (exclusive festival show England & Wales) and Rodriguez.

Vince Power commented, "I am pleased to announce the sixth Hop Farm line up this year, which includes headliners My Bloody Valentine, exclusive to the Hop Farm Festival, off the back of their much awaited new album. Plus I'm excited to add international folk legend Rodriguez to the bill this year. Searching for Sugar Man, has just won an Academy Award and a BAFTA, so this is a very special year to welcome him to the Hop Farm. Last year has been tough for me, as it has been across the board for the festival market. I wanted to keep the festival going, but I've had to make changes for it to continue.”

The festival will feature its three stages - Main Stage, The Wild Wood and Oast House stages as well as the The Shindig stage in the Campsite. Buskers Boulevard is to return as well new features The Campsite Choir, Marching Bands, Fun Fair and Children's Area. Audiences can see some great-established acts and well as emerging musical talents that festival fans won't always get the opportunity to see elsewhere. The Hop Farm maintains its original 70s festival feel with its roots firmly set in creating a great atmosphere. The festival will have a capacity of 10,000 this year allowing the organisers to remain committed to delivering a fantastic weekend of music whilst maintaining their No Sponsorship/Branding.