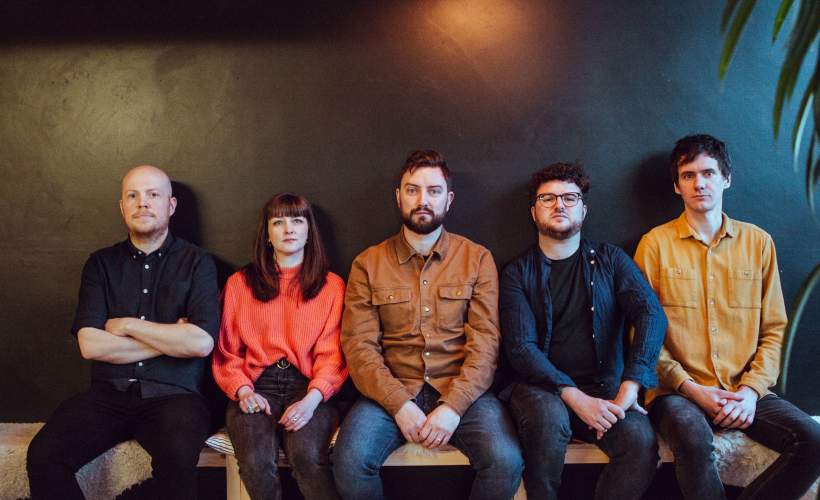 Initially writing and recording under the name ‘Brother Louis Collective named for founder and singer/songwriter Louis Abbot in 2009 the band renamed themselves Admiral Fallow. The following year they released their debut album, Boots Met My Face, which won fans in many critics at the time. The BBC’s Mike Diver described the record as “…probably the best album of folk-goes-indie-with-a-Scottish-accent since the Great Eastern” (the third album released by compatriots the Delgados in 2000). The album was in fact produced by Paul Savage, the former drummer of the Delgados.
Since this initial release the band have gone from strength to strength and have further developed their heady soul-soothing blend of folk and pop. Second album Tree Bursts in Snow (2012) further cemented the band’s position at the forefront of the Scottish and UK folk pop scene, and their catchy rhythms and true to life lyrics have earned them countless fans.
At these upcoming Admiral Fallow concerts you can expect to hear a fine selection of the best songs from the band’s first two releases, as well as fresh material from their forthcoming third album. Tiny Rewards is due for release on 25th May, and fans can look forward to more of the same with a little extra thrown in. Keyboardist and percussionist Kevin Brolly told music blog AMBY that, “The studio had a cupboard full of amazing vintage synths which we used liberally, and has definitely had an impact on the overall sound of the record.” He went on to say, “the first two records were Louis’ songs arranged by all of us. This time around it was a very much more collaborative effort.”
If you want to hear the new material and all your old favourites performed in some great venues, get you Admiral Fallow tickets booked on Gigantic today.

That's all we have for Admiral Fallow! Check out their upcoming shows