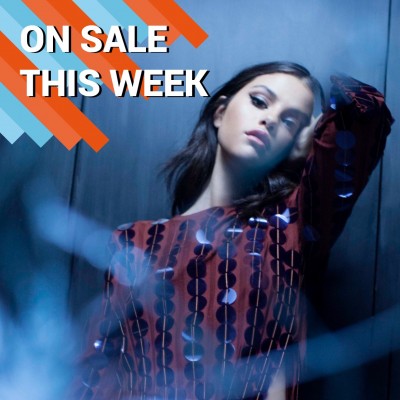 We’ve got a whole load of new tickets on sale and there is something for everyone!

Selena Gomez will be hitting the road as part of The Revival Tour. Playing hits from her sensational second album; Revival, the new platinum selling record has smashed into the Top 10 Album Charts in twenty different countries.

The star is coming to a stage near you!

Featuring over 25 heroes and supervillains performing wild stunts and spectacularly choreographed action, Marvel Universe LIVE! Super Heroes Assemble is a must for fans young and old of the comics and films.

The story sees the ever ominous Loki steal the Cosmic Cube. The god of tricks and mischief intends to use the ultimate source of power in the universe to crown himself king of all until his brother Thor smashes the Cosmic Cube with his mighty hammer, shattering fractals all across the globe.

Can Thor team up with the Avengers and more to stop Loki in his plans to rule the whole universe, or will Loki succeed in scouring the planet to find the fractals first and enslave us all?

Pierce The Veil are set for a huge year with the release of their fourth album entitled Misadventures. The hardcore heroes are set to promote the new record with a fantastic tour which sees them play at Cardiff University Great Hall, O2 Academy Birmingham, O2 Academy Brixton, Nottingham Rock City, O2 Academy Newcastle and Manchester Academy.

Sleaford Mods are starting to become more than a cult band and growing into a cultural phenomenon. Their stripped down tracks which mix Hip Hop and Post Punk have seen them sell out clubs and perform in front of arena crowds.

Having taken some time out after the massive success of their breakthrough album Key Markets, Sleaford Mods are back touring the country this Autumn.

Special mention needs to be made for The Saw Doctors. It seemed like they were never to make another live performance but they’re back on stage towards the end of this year.

Kurt Cobain once declared Teenage Fanclub “the best band in the world”. See for yourself in September and November.

The EFG London Jazz Festival sees the world’s best Jazz musicians perform on the very best stages the capital has to offer.

Fear not if you didn’t get a hold of Glastonbury tickets because Glastonbudget is here to save the day. Bringing you the best tribute acts and cover bands. Where else can you see ABBA Revival, Absolute Bowie, Antarctic Monkeys, The Clone Roses and Four Fighters all at one festival?

Get yourself down to Turnpost Farm in Leicester from Friday 27th till Sunday 29th of May.

This year over 130 bands will be taking part in Camden Rocks, including The Cribs, SikTh, Billy Bragg, Ginger Wildheart, InMe and Barl Barat & The Jackals. Taking place across various North London venues on Saturday 4th of June, this festival is a great summer day out showcasing some amazing music.

110 Above is an amazing independent festival which takes place on Gopsall Hall Farm in Warwickshire from Friday 17th till Sunday 19th of June. A fantastic event for anyone looking to discover the best in new music. D.I.D., Hudson Taylor and Vaults plus more, will be performing.

We’ve got so many tickets on sale. They don’t call us Gigantic for nothing!