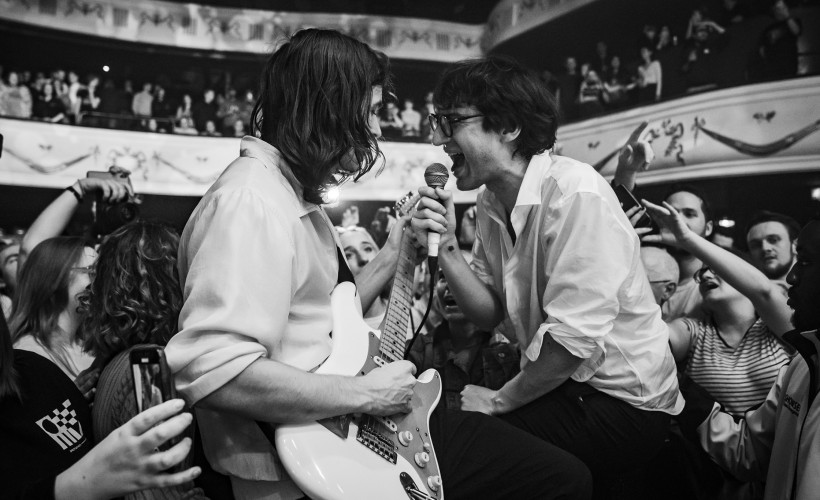 Spector was formed in 2011 in by singer Macpherson after having left Ox.Eagle.Lion.Man. Shortly after their foundation the appeared on the ever popular Later… With Jools Holland TV show. Critics were quick to recognise something great in their music and they were nominated in December of 2011 for the BBC Sound of 2012 award.

Their debut album, Enjoy It While It Lasts was released in August of 2012 by Friction Records. The album went in at #1 in the Official Record Store Chart and smashed the Top Twenty in the UK Albums Chart in #12 position.

Their second album was entitled Moth Boys. Released in August of 2015 by Fiction Records, the record again shot to #1 in the Official Record Store Chart and also charted well at#27 in the UK Albums Chart.

Everyone is excited, and we at Gigantic expect our limited supplies of Spector concert tickets to sell very quickly - so make sure you book yours before they all go!

Gigantic is famed for its excellent customer service which led to the Nottingham Post bestowing their illustrious ‘Retail Business of the Year’ award last year. So, choose from our wide range of essential gig tickets and know we are the best place to come whenever you are planning your big night out!

Be Sure To See Spector Play At Truck Festival

Fourth time of seeing the guys and again they did not disappoint. Fred has real stage presence and a brilliant rapport with his audience (not just because he gives them shots). Brought along some friends to the gig who did not know Spector and they were blown away - couldn't understand why they are not bigger. Just love their music. Looking forward to the next time.

That's all we have for Spector! Check out their upcoming shows