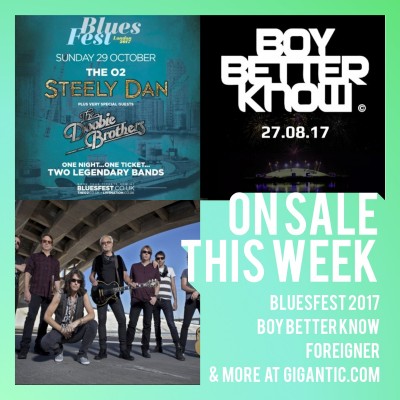 One of Europe’s largest leading roots music festivals, Bluesfest 2017 exhibits a vast array of the world’s leading artists in blues, jazz, soul, pop plus R&B promising to be absolutely unmissable.

So far, acts taking part include Steely Dan and The Doobie Brothers with many more to be announced.

Boy Better Know is the grime collective which burst out of North London in 2005 and led the way for many MCs and producers currently enjoying the huge rise in poularity dominating the clubs and airwaves today.

Get to The O2 Arena on Saturday 27th of August for a massive takeover of everything from the stage to the bars and cinema. You know you need to be there!

One of the world’s best-selling bands of all time, Foreigner have shaped the sound of rock and remain a vital live act with such hits as  ‘I Want To Know What Love Is’, ‘Cold as Ice’ and ‘Juke Box Hero’.

Playing major dates at Manchester, Glasgow and London – book your tickets before they are snatched up.

International singing icon Neil Diamond has enjoyed a singing career which has seen him sell a staggering 130 million albums worldwide and release songs such as ‘I’m A Believer’ and ‘Sweet Caroline’.

Having already announced an extensive tour to celebrate his 50th Anniversary as a performing artist, he has just added an additional date at Genting Arena in Birmingham.

Undisputed kings of nu metal, KoЯn prepare to blow fans away at O2 Academy Brixton in August. Last year they released twelve studio album ‘The Serenity of Suffering’ which smashed into the Top 10 of the UK album charts.

Having just released her brand-new album ‘Strength Of A Woman’, the Queen Of Hip Hop Soul Mary J Blige has announced a huge headline show at O2 Academy Birmingham in addition to her appearance at Kew The Music in Kew Gardens.

Tickets for both shows go on sale at 10:00 on Friday so set your personal reminder to alert you with a text message or email right now!

Gigantic always has the very best events as and when they come on sale. Check out this lovely lot:

Get swept away on a whimsical journey to the many magic kingdoms with Disney On Ice presents Passport to Adventure.

Prepare for the great adventure for millions of years! Dinosaurs Of China brings the mega monsters from pre-history back to life. 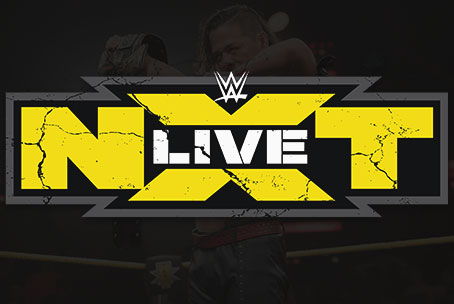 Get ready for the full-on carnage as WWE presents NXT Live! See the world’s greatest wrestling athletes engage in combat in a ring near you.

Join in Castle Rock Brewery’s 40th Birthday Bash at their brewery and Vat & Fiddle. The Nottinghamshire group have been providing the local region and further afield with some of the best tasting British beers for four decades and now invite you to their celebrations accompanied with live musical performances.

Known for his work as the ever-anxious comic and a genius director though perhaps not as a musician, Woody Allen leads his New Orleans Jazz Band when they play an essential headline slot at Royal Albert Hall in July.

Gigantic always has all the tickets you need in your life. Take a look at all these amazing events: