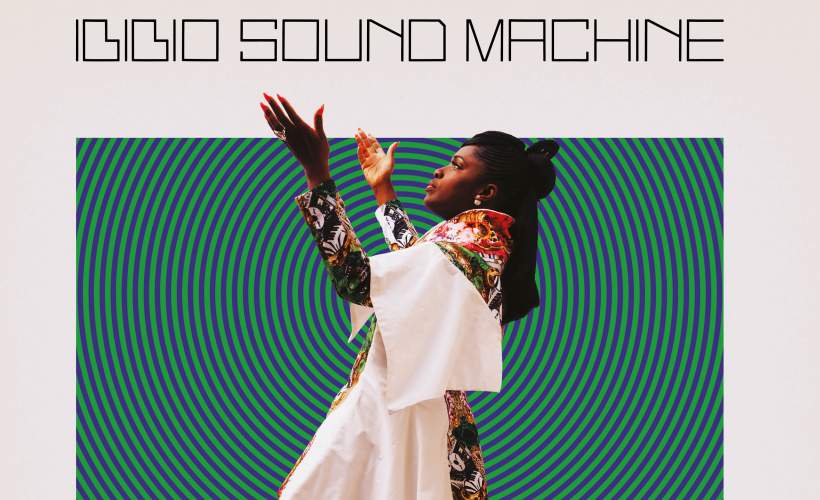 Performing at GET TOGETHER 2021 Foundry, Sheffield

Tweet
Ibibio Sound Machine have announced major gigs for the new year! Catch them make a headline performance at 100 Club in London on Wednesday 13th of March 2019.

Plus, they join The Chemical Brothers for All Points East at Victoria Park in London on Friday 24th of May 2019.

Here at Gigantic, we are very excited to be able to offer you Ibibio Sound Machine tickets. But with demand always growing as the word spreads, you will need to act fast and books yours before they all go. Booking your essential Metallica gig tickets is made easy as you can place an order through our site 24/7 whilst at home or on the move using your tablet, smartphone or computer.

With interest so high, it makes sense to set a personal reminder with Gigantic right now. That way, we can alert you with a text message or an email shortly before your Ibibio Sound Machine gig tickets are released at 10:00 on Friday 9th of November.

Ibibio Sound Machine will release Uyai on March 3. Fronted by London-born Nigerian singer Eno Williams, Ibibio Sound Machine is a clash of African and electronic elements inspired in equal measure by the golden era of West African funk, disco, modern post-punk, and electro. The intervening time since their self-titled debut album in 2014 has been spent forging a reputation as a high-energy live act appearing on stages such as Later…with Jools Holland, Glastonbury, Roskilde, and the BBC 6 Music Festival, as well as at iconic venues such as Shakespeare’s Globe Theatre in London as part of Lauren Laverne’s “Wonder Women” series.

The album title Uyai means “beauty” in Ibibio language and refers to the strength and free spirit of women in general and, in particular, the courage of the women in Eno’s family, to whom she often refers in her writing. “It is a continuation of Ibibio Sound Machine’s story in which the worlds of West African highlife and electronic London collide via the storytelling lyrical thread of frontwoman Eno Williams’ vocals in the Ibibio language of Nigeria,” the band explains. “There is a darker, edgier quality to the sound that maybe reflects the difficult journey the band took from making the first album to completing the second one. The songs are based more around themes of empowerment, freedom, and the liberation of dance for women, and people in general.”

The songs of Uyai tackle the stories of life - both large and small. The album opens with “Give Me a Reason,” a song about the 276 Chibok girls who were abducted in northern Nigeria in 2014, most of whom remain missing to this day. Eno challenges,

“Why should girls be denied the right to education, and why should people in general not be free to be who they want to be in their life?” On the lighter side, “The Pot Is On Fire” is a food dance celebrating the “happy place” when the food will be ready soon. “It’s also metaphorical,” Eno writes. “Something is brewing which will soon bear fruit.”

Weird and wonderful folk stories, recounted to Eno as a child by her family in her mother’s Ibibio tongue, form the creative fabric from which the band’s unique musical tapestry is woven. Evocative poetic imagery and empowering messages set against an edgy, Afro-Electro soundscape give the band a unique space within the current wave of modern Afrocentric sounds sweeping across the globe.

Despite the huge demand, we only have limited amounts of Ibibio Sound Machine concert tickets available so you will need to book quickly or you will miss out. Having provided excellent customer service for ten years, you know Gigantic is the right place to book your essential gig tickets. So, make us your first choice whenever you book your big night out.

Ibibio Sound Machine appear at GET TOGETHER!

Melt Yourself Down Lonelady