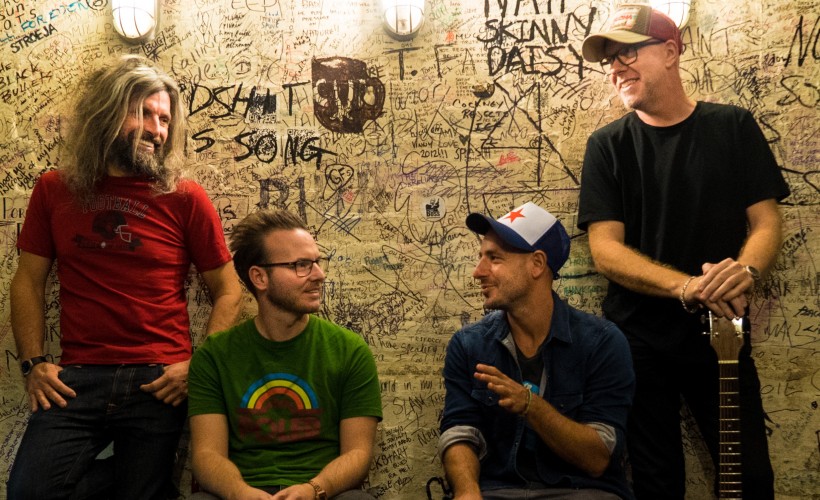 Led by schoolfriends Olly Knights and Gale Paridjanian, Turin Brakes is the folk inflected indie band everyone is talking about. First formed in 1999, the band has sold an incredible 1 million records all over the world and look set to continue becoming even bigger.

They have announced an extensive tour which takes them to Salisbury Arts Centre, Cambridge Junction and Bingham Hall at Cirencester during October. Then Exeter Phoenix and The Globe at Cardiff during December 2019. In the new year they play Palace Theatre at Newark and Sage Gateshead - Sage Two in January and Newhampton Arts Centre at Wolverhampton on Saturday 1st of February 2020.

Book your Turin Brakes tickets through Gigantic on your smartphone, tablet or computer. Act quick, because they will go fast!

Their debut album The Optimist LP was released in 2001. Since then they have released a further six studio albums with titles including Ether Song, JackInABox, Dark on Fire, Outbursts and We Were Here.

Last year saw the release of their latest record, titled Lost Property. Recognised as a peak moment in their output, it reveals a band that has a great deal still to offer with a fantastic future ahead.

“The whole album yields a little more magic with each play.” - Q Magazine

“Fifteen years since their debut, Turin Brakes’ tangled, twisty take on acoustic rock sounds confident rather than beleaguered or battered by age.” - The Guardian

“If Turin Brakes' world-view has changed little over the years, their embrace of the craft of record-making has only improved, and Lost Property is an impressive document of their skills in the recording studio.” - AllMusic

There are only limited supplies of Turin Brakes concert tickets on offer so you will need to book yours before they are all gone. Having provided excellent customer service for ten years, you know that Gigantic is the only place to book your big night out.

Fourth time I have seen the guys first time was back in 2004 ish I think, great gig great venue at the Sage what a belta

That's all we have for Turin Brakes! Check out their upcoming shows