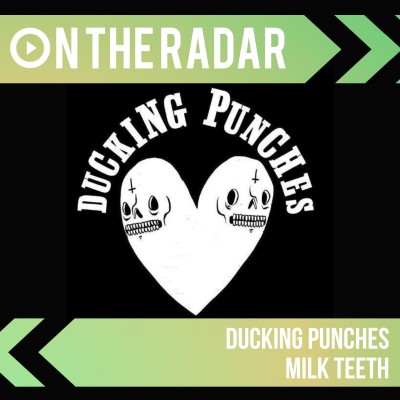 High energy Norwich band Ducking Punches have recently released their full throttle single ‘Fun Fun Fun’. As the song races at a frantic pace with guitars speeding through the chords before hitting an abrupt finish, we are reminded that it is all too easy to fall headlong into the rush and lose out on enjoying the good times. The single is taken from their album ‘Fizzy Brain’ released through Xtra Mile Recordings.

Taking the furious pace of punk and adding a layer of folk familiarity through the vocal delivery, the fourpiece create a sense of friendship with their fanbase which enables new listeners to connect with the band instantly. This formula makes them the perfect festival band and has seen them play such massive events as Reading / Leeds and Download plus support the likes of AJJ and Frank Turner.

Having played over 1,000 gigs, Ducking Punches certainly have the experience to put on a great show. Showing zero signs of any fatigue, they continue to be an electrifying live act and always prove popular by those in the know. They have just announced a hometown gig at Waterfront Studios where they will be supported by River Jumpers and Harker. You know you need to be there!

Brand New! Stroud rockers MILK TEETH have just dropped the video for the song ‘Owning Your Okayness’ which is taken from their forthcoming EP ‘Be Nice’, released 28/07 on 12” through Roadrunner Records. The brash track sees singer Becky Blomfield explore all the thrills and insecurities of a new relationship. Tapping into the sound of Seattle grunge and injecting it with a large dose of bratty cynicism yet still retaining an ear for a good pop hook, this could easily be the radio friendly song that truly breaks them.

Formed in the Spring of 2013, quickly self-released debut EP ‘Smiling Politely’ which was followed almost two years later by the ‘Sad Sack’ EP which came out through Venn Records. Their mix of full on attitude and hook laden tracks enticed US independent label Hopeless Records to put out their first album titled ‘Vile Child’

MILK TEETH will be promoting their new material with a handful of essential gigs in Birmingham, Sheffield and Nottingham plus they join the line-up as headliners of the heavy festival Hit The Deck All Dayer, taking place in Bristol.