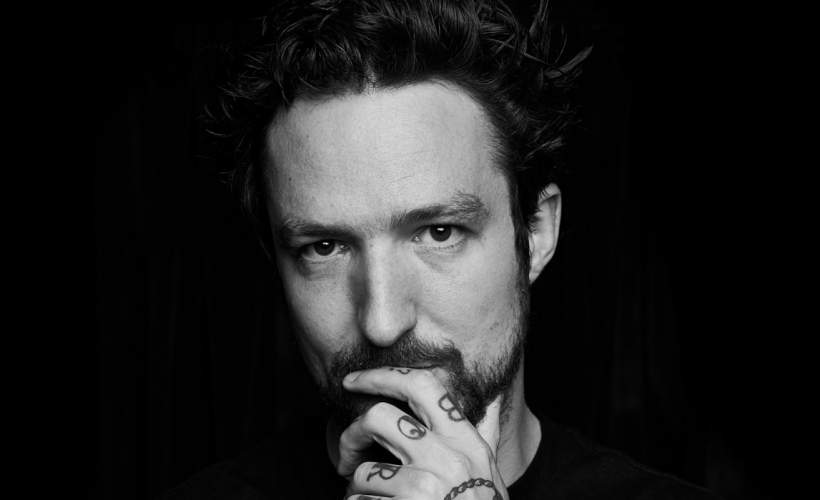 "Brilliant and excellent support too"

Had a brilliant time at the Bath forum last night seeing Frank Turner and his two fabulous support acts. Frank was fabulous as usual really enjoyed it.

Great gig and great venue, Frank was incredible as always but the support acts were also amazing (Jess Guise and Micha Schnable). Venue was really clean and light, plenty of space and staff were all really lovely!

Fantastic show great venue, Frank Turner was outstanding along with some great support

Amazing gig. He never fails to engage the audience and always seems so humbled by the audience enjoying his music

Frank Turner is aware of the passage of time, of the influence of days that drag and months that gallop can exert on what he would probably never dream of calling his body of work. After all, it has been a number of years now since the hardcore troubadour transformed himself from The Boy Who Surely Could Not, to The Man That Did; it has been years now that his name has appeared in the largest type on ticket stubs that permit entry to such venues as Wembley Arena, or the Royal Albert Hall; just as it has been years since the sound of his voice projecting itself from a digital radio was anything like a surprise, let alone a novelty.

Naturally, such upward mobility provides reasons to be cheerful, and in ways that it would be lazy to term predictable. But at the same time, the mindful songwriter will take heed: for in order to gain a foothold one can subconsciously lose an edge.

So when the time came, in the latter months of 2014, to record a new studio album, Frank took stock of his latest batch of constantly-evolving, keenly-observed vignettes and wondered, ‘What now?’

“This is my sixth album, which isn’t an inherently exciting album number, in and of itself,” he says. “Lately I’ve been thinking a lot about debut albums. When a band makes a debut record, they essentially roll into the studio and play through their extant live set. There’s freshness, an excitement to it that bands often lose as time goes by. I wanted to try and make a record that had that young, exciting feel, full of piss and vinegar. This also tied in with the fact that to date I don’t feel like I’ve made an album that captures the live experience of seeing me and the Sleeping Souls do what we do best. So I had it in my head to make a record quickly, having worked on the songs for a long time beforehand in a live setting.”

Frank Turner is the author of five previous albums; they are Sleep Is For The Week, Love, Ire and Song, Poetry Of The Deed, England Keep My Bones and Tape Deck Heart. A Wessex Boy by inclination, these days his post is delivered to Holloway, North London.

The event organisers have only given us limited supplies of Frank Turner concert tickets and so with demand so high we do recommend you book quickly or risk missing out. Gigantic has been providing excellent customer service on a huge range of essential gig tickets for ten years so you know we are always the right place to come when booking your big night out.