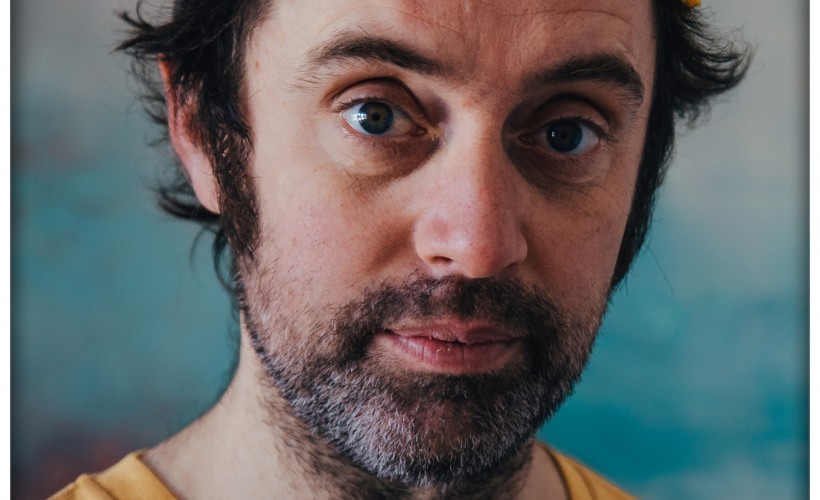 Beans on Toast The Venue, Derby

Beans on Toast The Sugarmill, Stoke-on-Trent

Beans on Toast The Bullingdon, Oxford

Such a lovely man, brilliant atmosphere and incredible music!

"Absolutely amazing...haven’t laughed that much in ages...such an awesome chap!"

"Are you sitting comfortably??"

Nice to see Beans on Toast shake things up with a seated show, yes that’s right seated!
Tame it wasn’t, much laughter, banter and hilarity all performed in his unique style.
With special guesting courtesy of his mum and an onstage marriage proposal at the end!
Great venue too with sensible pricing for drinks and great car parking just across the road outside. 👍

The gig was ANAZING and he’s such a down to earth guy.
He actually helped me and gave me the stage after the show to propose to my boyftiend. I’ll NEVER forget the night, it’s forever etched in my brain.


Taken from his eagerly anticipated new record ‘Survival of the Friendliest’, it’s a chipper new track from an artist completely high on life. As Beans states:

“I love life. I'm constantly inspired by the crazy world in which we find ourselves. The road ahead may not be an easy one, but I refuse to believe it's all for nothing and that we should roll over and quietly wait for extinction. If that's the future we imagine, then that's the future we will get. We need to visualise a better future. We need to adapt, and we need to celebrate the things worth celebrating. That's what this song is, a celebration of life and our future. Bring it on. Chaos and all.”

Rolling with the positive themes of “Not Everybody Thinks We're Doomed”, its cheerful video stars Mollie Cook, a dental nurse from Lancashire, who used her time away from the surgery during lockdown learning to skate like a pro.

Adding a notable spring in Beans’ step, the song’s backing arrangements are by Blaine Harrison and Jack Flanagan of the Mystery Jets, both of whom play throughout his upcoming album: ‘Survival of the Friendliest’.

With Blaine Harrison also tasked with producing the record, he recalls of the experience:

“I was honoured when Beans asked if I would help bring his new songs to fruition, and from the opening notes of his demo of ‘Survival Of the Friendliest’ I knew it was going to be a very special album. Recorded in sequence over two weeks on the North Kent coast, under the watchful eye of the ‘Queen of the Waves’�"who became something of a guiding spirit for the songs: A love letter to the natural world, a celebration of our human resilience, an archaeological dig into the ancient laws of trespass and our statutory right to roam, a renewal of wedding vows, a rally call against pessimism, and a toast to self-acceptance and kindheartedness. Magic bullets for difficult times, and timely reminders that sometimes the only way through is by giving each other a leg-up over the fence.”

‘Survival of the Friendliest’ is a record all about hope, positivity and camaraderie that chooses to celebrate the very best of human nature.

With every fibre made with a little help from his friends, the cover art for the album is by London based painter Georgie Mason; whereas its videos come courtesy of old school friend and wildlife photographer: Curt Walsh.

Survival of the Friendliest’, will be released on 1st December 2021 via his own BOT Music imprint. An album about friendship, about creativity and humanity and about why those three things are important, it’s exactly what the world needs.

In support of the new album, Beans on Toast will be touring some of the UK’s finest independent venues with his brand new live band, which will feature many of the artists who contributed to the record. Split into two runs, tickets are on sale now. Support comes from Camden’s finest KITTY LIV.

Beans On Toast is the stage name of Jay McAllister. Drunk folk singer, barefoot troubadour and cult legend Beans on Toast has been around the block more times than he cares to remember. Thankfully though, with his unique blend of simple songs and no holds barred quick wit, he is an act that is anything but tired.

His shows are always an unforgettable experience as the singer, storyteller and guitar player’s self-deprecating nature goes a long way to break down the barriers between musician and audience, creating a real sense of equality.

Excitement is already high and still rising as is the demand, so make sure you do not hang about and book your tickets for Beans On Toast before they are all snatched up. Fortunately, placing your order with Gigantic is made easy as your purchase can be made 24/7 at home or on the go using your smartphone, tablet or computer.

Beans On Toast became a force to be reckoned with when he emerged on the folk scene in 2005 - a year which saw him perform at legendary festival Glastonbury. His debut album was titled Standing On A Chair released on the 1st of December in 2009. The date has become somewhat of a tradition for the singer with all his albums released on this date.

2014 proved to be an incredible year which saw him conquer his first American headline tour, play a series of shows with Flogging Molly in the US and perform to over 40,000 people in just one week whilst opening Frank Turner’s UK Arena tour in February, before heading back to the UK to perform the biggest headline dates of his career thus far. The year began with his digital single ‘Keep You’ added to the XFM Evening Playlist and copies of his ‘Best of Toast Pressed on Vinyl’ flying off the shelves for Independent Record Store Day and, after completing his busiest festival season yet, the year culminated with the release of the album The Grand Scheme Of Things on his traditional launch date of December the 1st.

The following year saw him extensively tour the UK and USA before playing at Amsterdam, Germany and South America. He played a stunning set at Glastonbury 2015 before once again releasing an album on the 1st of December titled rolling Up The Hill.

With his popularity ever growing it seems anything is now possible for this unmissable performer.

We are really excited to be able to offer you Beans On Toast concert tickets, but as there is a limit on availability you will need to book yours before they all get snatched up. Gigantic is famed for being the best place to choose from a huge selection of the most in demand gig tickets, and with our excellent dedicated customer services team on hand to help with your every query we are always the best place to come to whenever you are booking for your big night out. No wonder Nottingham Post gave Gigantic their illustrious ‘Retail Business of the Year’ award.

Related to Beans On Toast

Beans On Toast - The Moonshine Sessions

We are very lucky to have Beans On Toast on The Moonshine Sessions!

Beans On Toast releases ‘A Bird In The Hand’

Beans On Toast to play at Leicester Handmade Festival