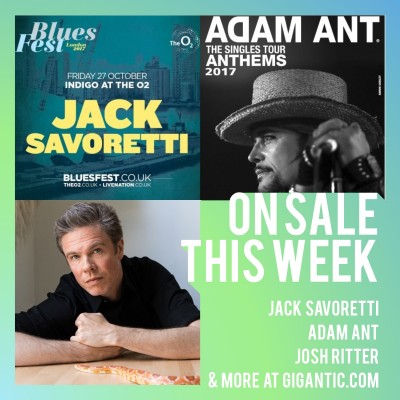 Things are looking up at The Clifton Downs on Saturday 2nd of September when it becomes the home of major music festival The Downs. Get excited for headliners Elbow who will be joined by Seasick Steve, De La Soul, Soul II Soul and many more on the Main Stage.

With the Second Stage also laying on Groove Armada, David Rodignan, Mad Professor plus Roni Size performing the Mercury Music Prize winning album ‘New Forms’, with so much to choose from you are guaranteed to have the very best time.

Ultimate ska band Madness invite you to their very own festival; House Of Common. The band behind such major hits as ‘Baggy Trousers’, ‘House Of Fun’, ‘Wings Of A Dove’ and ‘One Step Beyond’ seize control of Clapham Common on Bank Holiday Monday 28th of August.

Furthermore, they will be supported by such major bands as Slaves, De La Soul, Soul II Soul plus many more making this a real treat at a bargain price.

Outdoor comedy festival Stand Up In The Wyldes boasts a huge range of big names for their upcoming summer event. Join the likes of Bill Bailey, Katherine Ryan and Russell Kane as you laugh late into the night at The Wyldes in Cornwall.

The festival also promises a huge range of rising talent giving you a glimpse into the future of funny. Tickets are selling fast so book yours before they are gone.

Swarthy guitarist Jack Savoretti has enjoyed a life which has seen him grow up in the busy streets of London and by the glacial lake of Lugano nestled close between the Swiss and Italian border. He takes all these influences and pours them into his compelling folk compositions.

He is the latest addition to the vast array of unmissable artists being hosted by Bluesfest 2017. You can see him play at Indigo at The O2 in London on Friday 27th of October.

Adam Ant prepares to take over Roundhouse in London on Thursday 21st of December where he will perform the hit singles from right across career. Do not miss the original Dandy Highwayman play all your favourite songs with all the flair and panache only Prince Charming can muster. Adam Ant tickets will become available at 09:00 tomorrow.

Superb singer / songwriter Josh Ritter continues to be one of the world’s most exciting folk performers. This year sees the release of his new album ‘Gathering’ plus a headline set at O2 Shepherds Bush Empire in London on Tuesday 5th of December. Josh Ritter tickets will become available at 09:00 tomorrow.

Gigantic is always the best place to find your essential gig tickets all in one place. Check out all these amazing events going on sale this week:

Incredible indie festival Beano On The Sea have just announced brand new headliner Embrace. They join Lightning Seeds and The Bluetones as the main attractions for the big weekender.

Premium punk party Fat Lip Festival promises to be a real riot. Get down to Bristol Bierkeller and The Lanes to enjoy the likes of Young Guns, Roam, Blood Youth and Feed The Rhino.

Fans of Machine Gun Kelly will be thrilled to hear that the hip hop star is hitting the UK and will be touring in September. His stellar career has already seen him work with the likes of Puff Daddy on debut album ‘Lace Up’ which was followed up with second album ‘General Admission’. Now he returns with awesome third helping ‘Bloom’. Book your tickets before they are all gone.

Rationale pushes the boundaries of R&B, pop and soul whilst displaying a distinct prowess for intriguing lyrics. With the release of his highly anticipated eponymously titled album later in the year comes the news of an extensive October tour on sale right now!

And finally, Gigantic always has tickets for the events you love. Check out all these best sellers currently available: