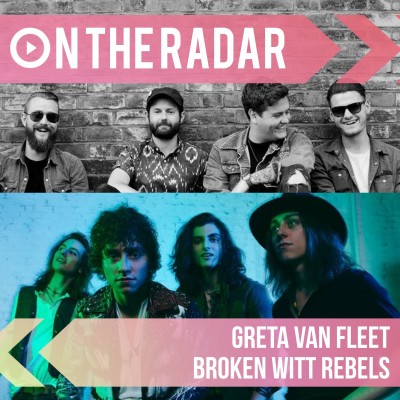 Conjuring the magic of 70’s hard rock with the full stadium sound, Greta Van Fleet are undeniable the future sound of rock and roll. Boisterously tearing into huge guitar riffs and bellowing with emotionally charged lyrics, they have quickly forged a reputation for unmatched onstage prowess.

The four-piece hailing from Frankenmuth (Michigan) includes drummer Danny Wagner, twins Jake Kiesza who takes on lead guitar and Josh Kiszka who provides lead vocals with their younger brother Sam Kiszka playing bass and keys. The band came to the fore having been named Apple Music’s Band Of The Week with their ‘Greta Van Fleet: Live In Detroit’ spreading their sound to a wider audience and enabling many more to bask in the glory of their blistering performances.

Inspiration for their name came from their former drummer Kyle’s grandfather. Whilst describing his day over breakfast, he happened to mention that his chores included cutting down wood for a local lady called Gretna Van Fleet.

“We thought you know hey that's a really cool name so we took the "n" out so it flows to be Greta Van Fleet. She's one of the town elders. She's a musician herself.

She's in her 80s and she actually showed up for the first two hours of the set. And being an older women ... we were pretty loud and she actually stayed a long time, I ended up getting a photo with her.” – Josh Kiszka

They have just released their critically acclaimed second EP ‘Black Smoke Rising’ through the New York label Lava Records which saw them shoot up to NO. 9 on the Heat Charts in the US and quickly became the talked about record in the switched-on rock blogs and forums throughout the internet. Now Greta Van Fleet are preparing to hit the UK and finally treat British listeners to their hard and fast licks.

Catch them when they take over The Black Heart in London on Tuesday 26th of September, 2017.

There is a huge buzz around Birmingham band Broken Witt Rebels. The contemporary southern rock and blues outfit take the very best of the traditional Americana, giving it a fresh twist and making them perfect for the millennials taste.

The band consists of drummer James Dudley, guitarists James Tranter and Danny Core who share vocals with Luke Davis on bass. Eager to impress the labels, Rebels have brought out a string of essential EP’s starting with their debut ‘This Town Belongs To Me’ which came out in December of 2013 and was followed by a second titled ‘Howlin’ eight months later. The two records were noted for the complex arrangements of soulful yet powerful rock. Last year saw the release of their latest EP ‘Georgina Pine’ which brings them ever closer to their inevitable breakthrough into the mainstream.

They round up the year with an extensive Autumn / Winter tour which takes them to:

Tickets are not expected to last for long so make sure you book for Broken Witt Rebels before they are all snapped up.