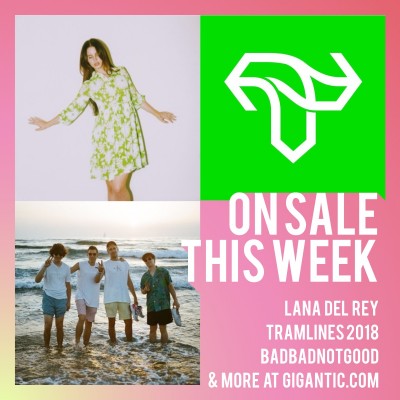 Sultry singer Lana Del Rey shot to fame with the release of her debut album ‘Born To Die’ in 2012. Fans were immediately attracted to her forlorn songs of Hollywood glamour, Americana tragedy and doomed romance, making her an international star overnight.

This month has seen the release of her stunning new album ‘Lust For Life’. The record includes the single ‘Love’ and features contributions from the likes of A$AP Rocky, Stevie Nicks, Sean Lennon, and Playboi Carti. She promotes the new material with a show at Liverpool Echo Arena on Tuesday 22nd of August.

Lana Del Rey tickets will be available from 09:00 on Monday.

Disney On Ice Passport to Adventure

Come celebrate the most magical of Disney tales with all your favourite characters with Disney On Ice Passport To Adventure. Join in with Mickey Mouse, Minnie Mouse, Donald, Goofy and Daisy on a journey to the timeless worlds of Disney’s The Lion King, The Little Mermaid, Peter Pan, and Disney’s Frozen.

With plenty of dates to choose from, you can look forward to seeing all your Disney favourites skating at a venue near you. But do not hang around, because the demand is high and we are taking plenty of bookings every day.

Tramlines is now well established as the biggest event in the Sheffield music calendar, bringing world famous names and cutting-edge acts to perform for the steel city.

Following yet another massive year which featured the likes of All Saints, Metronomy, The Libertines and Primal Scream comes the release of Super Early Bird tickets for 2018. Extremely limited in number, they are set at a bargain price and are expected to sell quickly so make sure you grab yours before they go.

Get yourself to Lockdown Festival to enjoy some of the very best dance, hip hop and grime acts the world has to offer. Headliners include Wiley, Dizzee Rascal plus Chase And Status plus a whole host of other crucial acts.

The big weekender takes place at Powderham Castle from Friday 1st until Sunday 3rd of September. Take advantage of the Pre-Pitched Accommodation with options for luxury bedding and furniture taking the stress out of camping.

Canada’s finest jazz enthused hip hop troupe BADBADNOTGOOD have come a long way since first forming at college. Now world famous, Matthew A. Tavares, Chester Hansen and Alexander Sowinski play to packed out audiences. They have just announced dates in London, Bristol and Manchester in November. BADBADNOTGOOD tickets will be available at 10:00 on Friday.

Extraordinary Cuban guitarist Eliades Ochoa has shown his unique flair over the many decades he has been performing. Do not miss your chance to see his take to the stage of the Royal Albert Hall in London in April of next year. Eliades Ochoa tickets will be available at 09:00 on Friday.

We always recommend customers set a personal reminder so we can alert you directly with a text message or an email as soon as they become available, setting you ahead of all the rest.

Gigantic gets exciting new events coming on sale every week so you should check our site regularly to see all the essential gig tickets we currently have available. This week is no exception, check out all the awesome events about to come on sale:

OnBlackheath is the festival for the serious music lover. They offer the likes of Travis, The Libertines, Metronomy plus many other awesome acts.

For the fan of everything folk, Shrewsbury Folk Festival is a wonderful weekend blending the traditional with the contemporary.

Jack Up The 80s brings together some of the biggest names from the extravagant 80’s, including Jason Donovan, Nik Kershaw and more!

Last year truly belong to the new dark pop phenomenon Dua Lipa. Having become a vital component of any respectable festival whilst playing many of her own mind-blowing headline slots, she quickly grew from best kept secret to the lady on everybody’s lips. This year has seen the release of her self-titled debut album which she tours in October.

Mr Jukes is the solo project of Jack Steadman of Bombay Bicycle Club. Following the release of his debut album titled ‘God First’ comes news of an accompanying tour to promote the new material. You can catch him when he plays Sheffield, Manchester and Birmingham in September.

Having been trading for ten years, Gigantic is well renowned for its excellent customer service in helping you select from a vast range of essential gig tickets. Check out all these amazing best sellers currently available to you: