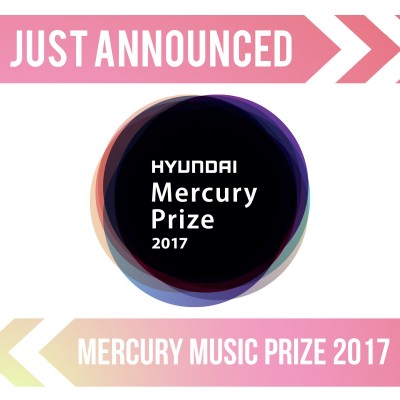 We have just received word of the twelve albums which have been selected for The Mercury Prize 2017 showcasing the very best of British music coming from an eclectic range of contemporary genres released over the past twelve months.

It can now be revealed that the nominees are:

The first awards took place in 1992 with Primal Scream taking home the prize for their seminal album ‘Screamadelica’. Notable winners include last year’s winner Skepta who presided over the re-emergence of grime with ‘Konnichiwa’, Roni Size / Reprazent’s 1997 drum and bass classic ‘New Forms’ plus PJ Harvey, the only artist to have won twice with ‘Stories From The City, Stories From The Sea’ in 2001 and ‘Let England Shake’ in 2011.

Following their usual procedure, twelve albums have been shortlisted from the hundreds entered before selecting the overall winner. The award ceremony will take place at Eventim Apollo Hammersmith on Thursday, 14th of September and will feature live performances from all of the finalists before finally announcing who takes away the illustrious award plus the all-important £25,000 cash prize.

The panel of judges are carefully selected as experts in their various fields ensuring the many aspects of the industry are represented. This usually includes a diverse group of composers, producers, music journalists, presenters and, of course, musicians.

This year, the twelve judges making up the panel are;

The Chair of the judging panel is music executive, Tony Wadsworth CBE.

Live coverage of the event will be provided by The Prize’s broadcast partner; BBC Music allowing you to see all the performances plus the final announcement as it happens. We can’t wait to see who will take home the coveted award home this year, but for now we would love to hear who you think deserves to be the winner in the comments below.