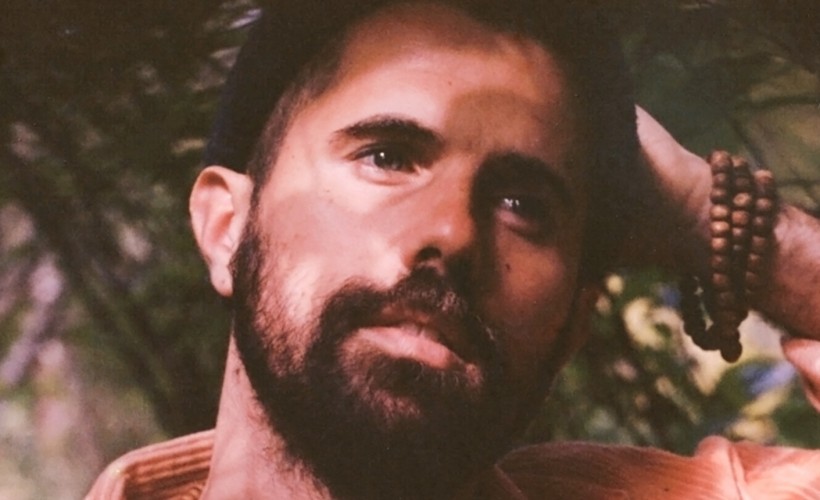 Beautiful in so many way, nick fills the room with joy

This year sees him tour. Catch him at Cardiff’s Tramshed on Sunday 30th of September 2018.

Everyone is after Nick Mulvey tickets so with only limited availability we do urge you to ensure you book yours early. Get yours using computer, tablet or smartphone.


On a beach in Honduras in the summer of 2010, Nick Mulvey experienced his sink or swim moment. Surrounded by strangers, clutching an acoustic guitar, having just told the other members of his band, Portico Quartet, that he needed this two week holiday to decide whether he was permanently leaving them, he started to sing.

“I knew that I’d probably never see these people again and also that they didn’t speak much English,” he says. “So I just decided to sing my mumbles really confidently, and suddenly I found all this imagery, all these new songs.”

For the 28-year-old whose writing has already influenced acclaimed Mercury Prize victors Alt-J, who quote Portico title ‘Knee Deep In The North Sea’ in their jazzy ‘Dissolve Me’, picking up the guitar again felt like a homecoming after five years as Britain’s foremost player of the hang the Swiss percussion instrument invented in the early 2000s. A steel War of the Worlds alien that gives out a warm melodic clang, its distinctive sound was in large part responsible for Portico Quartet becoming the most accessible Mercury nominated jazz act of recent years. Their debut album, Knee-deep in the North Sea, was Mercury nominated alongside Elbow, Radiohead and Adele in 2008, and led to several years of touring major venues for the band.

He didn’t rush into this new acoustic freedom. The Fever To The Form EP, released through Communion in late Spring 2013 was a long time in the making. For the first six months of his solo “career”, such as it was, he deliberately made no contact with the music industry. “All I wanted to do was play my instrument every day, to be in a room on my own and study my heroes.” He’s hit the road hard too, touring in support of Laura Marling, Laura Mvula, and Lianne La Havas.

Whilst the sparse, cleansed beauty of Nick Drake’s music can be heard (“He’s the main dude for me. It’s a reductionist thing, this boiled down music”), there’s a distinct sense of adventure more akin to the likes of Steve Reich, and even the guitar-picking intricacies of John Martyn that sits alot closer to his sound. It’s difficult to pinpoint but enriching to listen to. Mulvey listened over and over to songs such as Lennon’s Jealous Guy and Prince’s When Doves Cry, pulling them apart to understand their intricacies.

“My playing is all about lines, not strumming chords. It’s about having motion and rhythm and groove. It doesn’t have to be complex, but it has to be animated. Singer-songwriter stuff, Philip Glass "it’s all in there.”

Following quality studio time with the likes of producers Dan Carey (Bat For Lashes) and indeed Alt-J favourite Charlie Andrew, Mulvey followed Fever To The Form with the jaunty, bass-heavy groove of Nitrous in September, and has been putting the finishing touches to his debut album, due out in late Spring of 2014. It is a record that turns the notion of an acoustic singer-songwriter on its head, a lilting beast of a collection, loaded with influences and sounds from across the globe. It sounds fresh and it sounds alive.

When not hunkered down in the studio, Nick took these songs and performed them across the UK and Europe to sell-out crowds and infront of packed festival audiences. The rooms feel electrified, almost mesmerisied by this ridiculous young talent's playing style and that all-important groove he injects into the songs.

Mulvey may have looked like he was starting afresh, but he insists that everything is connected. “Even though there’s a surface level difference between my music then and now, it’s all the same to me. I do the same things on the guitar that I did on the hang. It’s about repetition, hypnotic music, the groove."
As there is a limit on the amount of Nick Mulvey concert tickets being put on sale, you will need to act fast and book yours quickly or they will go. Having been trading for ten years, Gigantic is the best place to order your essential gig tickets as you can take advantage of our excellent customer service when booking for your big night out.

London-based singer-songwriter Nick Mulvey shot to prominence with his band Portico Quartet who received a Mercury Prize nomination in 2008. Since leaving the band in 2011 Mulvey has recorded two EPs in the shape of 2012's 'The Trellis' and 2013's 'Fever to the Form'. May 2014 saw the release of Nick Mulvey's debut studio album 'First Mind', which has gone a storm with fans and critics helping to push Mulvey out into the mainstream.

Purchase your Nick Mulvey tickets with Gigantic below.

Summer 2018 is here! Get your tickets for Nick Mulvey