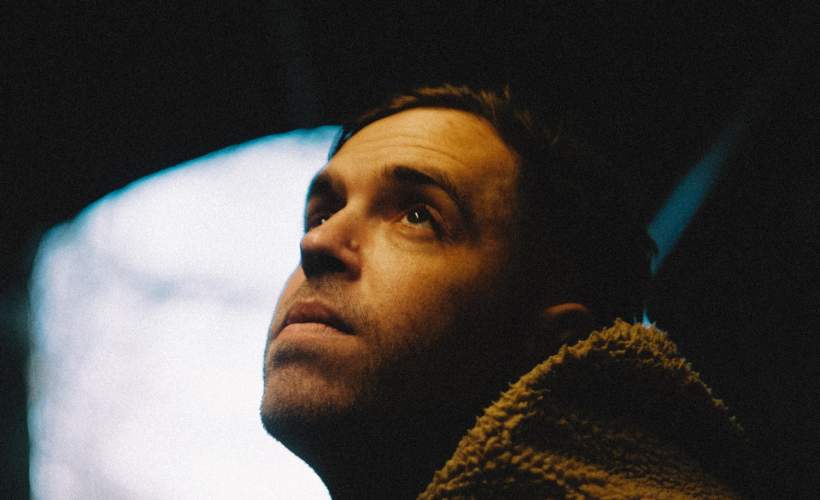 "Beautiful gig and so personal"

It was in a great venue and it was so personal because it was small. He really interacted with the crowd. Loved it and will definitely go see him again.

Tweet
Benjamin Francis Leftwich has unveiled a new track from his anticipated fourth album ‘To Carry A Whale’, out June 18th via Dirty Hit.

Called ‘Oh My God Please’, the track is released alongside a captivating video which features Leftwich himself, alone, performing the song in a single take in the empty, open space of intimate London venue Friends Meeting House. The video was directed but Benjamin's long-term creative collaborator, Harvey Pearson.


Forthcoming album ‘To Carry A Whale’ was recorded across a four month period last year in Benjamin Francis Leftwich’s Tottenham home, in Urchin Studios in Hackney, in a hotel room in Niagara, and in a Southend studio owned by Sam Duckworth (Get Cape. Wear Cape. Fly) - who produced much of the record, sharing production duties with Eg White (Adele, Florence & The Machine, Sam Smith).

The album is the first by Leftwich written and recorded entirely sober, a state he has maintained since spending 28 days in rehab in January 2018. This helps give context to the album’s title - ‘To Carry A Whale’:

“It’s an observation on what it’s like to be a sober alcoholic addict a couple of years in,” says Leftwich. “A whale is heavy to carry. It’s gonna hurt you to carry it. But it’s also beautiful, and it’s a miracle to be able to carry all that at all.”

Track listing for ‘To Carry A Whale’:

Benjamin Francis Leftwich was the first artist signed to Dirty Hit Records, whereupon he released his acclaimed debut album ‘Last Smoke Before the Snowstorm’ in 2011. The album hit the top 40 in the UK and included the hit single ‘Shine’ which was remixed by tropical house king Kygo and named by Spotify their “most addictive song of 2014”; the song that was repeat-played most often that year.

He followed his debut album with 2016’s ‘After The Rain’, after a 5 year break, in part due to the death of his father. The record was met with critical acclaim, with The Guardian dubbing it “fragile, precious, oddly comforting” in their 4-star review of the album. He followed that with third album ‘Gratitude’ in 2019, which was deemed “graceful and honest” by DIY in their 4-star review.

Benjamin Francis Leftwich has sold over 180,000 albums worldwide, with over 500 million streams to date. His new album ‘To Carry A Whale’ will be released on June 18th via Dirty Hit.

Benjamin Francis Leftwich is a singer/songwriter whose melancholic brand of acoustic folk-pop has drawn comparisons to the likes of Jose Gonzalez and Iron & Wine.

In all walks of life sometimes an end can only be dealt with from the closure of starting something new; which is the case of Benjamin Francis Leftwich on his eagerly anticipated new album After The Rain. Due out on August 19th through Dirty Hit (Wolf Alice, The 1975), the news also comes with new track, ‘Tilikum’, and the announcement of an intimate run of live dates for this spring.

Following the release of his 2011 acclaimed debut album Last Smoke Before the Snowstorm, a record which has gone on to sell 100,000 copies worldwide and over 150 million global Spotify plays, Leftwich’s life was thrown into an unexpected path when he went through one of the hardest things in life, the loss of a parent and his number one source of inspiration, his father.

Five years after the release of his debut album, Leftwich returned with ‘Tilikum’, the first cut to be shared from the Charlie Andrew (Alt-J, Money) produced new album. A body of work that is the sound of Benjamin finding peace with himself once more. Written during those months which saw him at his lowest, it is a creation that exists between light and dark; one that is delicate yet grand, melancholic yet optimistic, whilst remaining utterly timeless.

In 2019, Benjamin dropped his third album Gratitude - a huge fan favourite which continues his incredible music career. Gratitude built on the foundations laid on the In the Open EP, and sees Leftwich bring more electronic elements into play, and darker, intricately layered production, whilst still maintaining the raw emotion that has resonated throughout his work to date.

As there are only limited Benjamin Francis Leftwich concert tickets available you will need to act fast and book quickly. Gigantic has been proudly providing excellent customer service for ten years. That level of experience and dedication means we are the right place to book your essential gig tickets whenever you are planning your big night out.

Excitement is already high and still rising as is the demand, so make sure you do not hang about and book your tickets for Benjamin Francis Leftwich before they are all snatched up. Fortunately, placing your order with Gigantic is made easy as your purchase can be made 24/7 at home or on the go using your smartphone, tablet or computer.