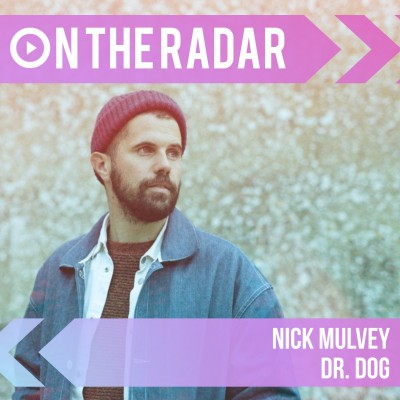 Having only just got home from playing yet another spectacular Glastonbury Festival, awesome Latin folk artist Nick Mulvey has just announced an autumn tour. The news comes shortly after the release of his brand new single ‘Unconditional’.

The Cambridge-born musician studied music in Havana where he developed his multi-instrumental talents at the Cuban capital. Upon returning to the UK he formed the Mercury Prize nominated band Portico Quartet who drew upon everything from jazz to folk and electronica for their stunning debut album ‘Knee-deep In The North Sea’.

Mulvey broke form the band in 2011 to stand alone as a solo artist. Within the first two years he showed early promise with the release of two EPs titled ‘The Trellis’ and ‘Fever To The Form’ which enabled him to show off the sheer breadth of his musical knowledge and talent. However, it was the release of his solo debut album ‘First Mind’ in 2014 which truly gave him a platform to show off his abilities. Both a massive commercial success and subject to widespread critical acclaim, ‘First Mind’ hit No. 10 in the charts and received high praise from the music press and saw him once again shortlisted for the illustrious Mercury Prize.

Now he makes his return with the sombre yet compelling single ‘Unconditional’. Produced by Ethan Johns and Dan Carey, the track is the first taste of his forthcoming as yet untitled second album and is promoted with a video directed by Björk collaborator Bastian Glaessner.

You can catch the BBC’s coverage of Mulvey’s flawless performance at Glastonbury 2017 right HERE. Catch him when he hits the road in October and plays at O2 Academy Bristol, O2 Manchester Ritz, O2 Institute Birmingham, Cambridge Junction and De La Warr Pavilion at Bexhill On Sea.

Nick Mulvey tickets are released at 09:00 on Friday.

Having first released their debut album ‘Toothbrush’ in 2002 and gone on to release a further eight records, Pennsylvanian psychedelic rock band Dr. Dog are definitely the most established act we’ve featured in On The Radar, but following their perfect Glastonbury performance we just had to include them.

Centred around school friends Toby Leaman and Scott McMicken, the band launched with a flying start thanks to their self-produced record ‘The Psychedelic Swamp’ which they released independently themselves in 2001. Within a year they were already in the studio to record the fore-mentioned incredible debut album ‘Toothbrush’ which was also self-released by the band.

Their feverish burst of creative endeavour certainly paid off as the band’s name started to become widespread and commonly known amongst online music forums resulting in the following albums being released through independent labels Park The Van and then ANTI- including their latest ‘Abandoned Mansion’ which came out just last year.

Following their appearance at Glastonbury, Dr. Dog are hanging around to perform at Hare And Hounds 2 in Birmingham tonight and then London Oslo tomorrow. Don’t miss your chance to see them for yourself!