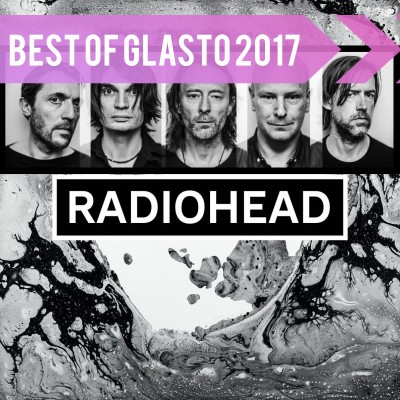 Eager to show off her woke new album ‘Witness’, Katy Perry absolutely smashed her set at the Pyramid Stage which she decked out with eye catching scenery on the Saturday afternoon. Fans went wild as Perry threw herself into an energetic performance which proved she is one of the biggest pop acts in the world and is sure to be regarded as one of the highlights of her career.

She enjoyed her time so much, Perry took a daring leap into the audience to crowd surf away into the oncoming sunset beneath a tsunami of yellow confetti. People say she can still be found at the Stone Circle, singing to the remaining festival goers who refuse to return to normal life.

The Malian musicians were forced to flee their home in Timbuktu in the wake of the civil conflict resulting in the imposition of Sharia Law. They formed the band after fleeing to the capital city Bamko and began writing what would become debut album ‘Music In Exile’ in response to their experiences. The record has been released through Julian Casablancas’ label Cult Records and has subsequently been championed by the likes of Damon Albarn, Brian Eno and Nick Zinner while their story features significantly in the documentary ‘They Will Have To Kill Us First’.

They play a major headline gig as part of the Summer Series at Somerset House in London on Saturday 16th of July, 2017. You can catch their full set HERE.

With the set falling almost exactly twenty years to the day since the release of their seminal album ‘OK Computer’, many expected Radiohead to play the record in full when they headlined The Pyramid Stage on the Friday. And though this proved not to be the case, fans certainly were not disappointed as they played a set which was littered with singles and fan favourites from their entire back catalogue. As if it couldn’t get any better, revellers were treated to not one but two encores which saw them play a rare performance of ‘Creep’. Check out the whole set HERE.

With every festival there are rumours abound and with the added element of social media it wasn’t long until many around the world had seen the funny fake news story claiming that fans had mistook the Oxford band tuning their guitars for a previously unheard song.

Tickets for their show at Emirates Old Trafford Cricket Ground in Manchester on Tuesday 4th of July are going fast, so book yours today!

Probably the most punk set of Glasto this year (including Dead Kennedys), foul mouthed pairing Sleaford Mods played a blistering performance at The Park Stage which attracted a vast crowd made up of loyal supporters of Britain’s biggest cult band plus those who came to see just what all the fuss is about.

Jason Williamson looked fit to burst as he rattled through a set largely comprised of tracks from their latest album ‘English Tapas’ as Andrew Fearn dutifully nodded in agreement to the lo-fi beats. You can catch the whole performance HERE.

We are excited to see them play a homecoming gig at Rock City as part of their autumn tour running from September till November.

Radiohead weren’t the only returning British rock icons of the 90’s. Oasis frontman Liam Gallagher newly backed by a brand-new band took to the stage shining with confidence as he performed tracks from his forthcoming album ‘As You Were’.

The set climaxed with the Gallagher brother singing an a cappella version of ‘Don’t Look Back In Anger’ which he dedicated to the victims of the recent attacks in Manchester and London plus the many who lost their lives in the Grenfell Tower.

You can catch him when he plays Leeds and Reading Festival in August. And with his solo record being released in October we wouldn’t be surprised if we see some more of LG later in the year.