All Points East // Stereophonics // Flight of the Conchords // A Perfect Circle 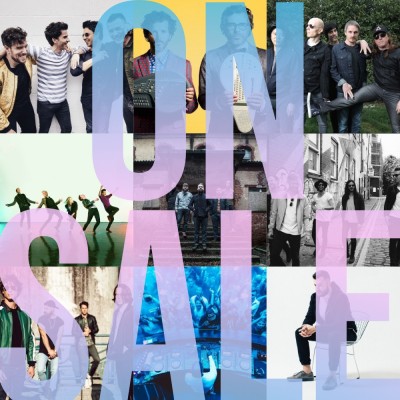 Sited at Victoria Park in East London, All Points East is the brand-new outdoor music event brought to you by AEG and Goldenvoice, the people behind Coachella. Bringing together some of the world’s best cutting edge artists, these shows promise to be some of the best shows of the year.

Already announced were Ohio indie rockers The National; now you can also take your pick from electro punks LCD Soundsystem, dream pop sensations The xx and the ever enigmatic Bjork. Such a stellar line-up are the perfect making for major summer events.

All Points East tickets become available at 09:00 on Friday.

At the latter half of the 90’s a Welsh band would emerged, seemingly from nowhere and quickly were everywhere. Stereophonics blended a romantic nostalgia of everyday life with huge indie rock guitars, tuning into the mood of the listeners all around the UK and further afield.

See them play two incredible headline shows, including Wrexham Racecourse Ground and a homecoming show at Cardiff City Stadium where they are sure to get the warmest of welcomes.

Flight of the Conchords

We all fell for Brett and Jemaine and their hilarious mishaps as Flight of the Conchords, chasing the dream of breaking America. Get excited, because "New Zealand's fourth most popular guitar-based digi-bongo acapella-rap-funk-comedy folk duo" are preparing for a Spring 2018 tour.

Just Announced!! Due to popular demand, they have just added an extra date at The O2 Arena in London on Tuesday 3rd of April.

Flight of the Conchords tickets become available at 10:00 on Friday.

Now they are back, heading to the UK to play O2 Apollo Manchester and O2 Academy Brixton in London during June of 2018. We cannot wait!!

A Perfect Circle tickets become available at 09:00 on Friday.

Semi seriously renaming themselves Franz Ferdinand 2.0 after swapping guitarists, the Glaswegian art rock band make their welcome return to the stage to show off brand new album ‘Always Ascending’. Always an electrifying live act, catch them when they hit the road next year. Franz Ferdinand tickets become available at 09:00 on Friday.

With demand constantly growing and more people trying to get a hold of the latest tickets, we highly recommend that you set a personal reminder with Gigantic right now. That way, we can alert you with a text message or email as soon as they become available.

Gigantic is always getting the latest tickets for some of the most exciting events taking place around the UK. Check out all these great acts that have been released this year:

Royal Blood have emerged as one of the most exciting British rock bands to arrive in recent years. See them team up with At The Drive In and Black Honey for a handful of essential gigs.

Folk rocks young hero Jake Bugg has recently returned with his forth LP offering ‘Hearts That Strain’ which he takes out on the road in spring.

Following the release of their latest album ‘For Crying Out Loud’ last year, Kasabian finish 2017 with an extensive tour.

Com Truise AKA Seth Haley is the LA based electronic artist who has been melting circuits since 1985. Having just release third album ‘Iteration’ through independent label Ghostly International, he now heads to Oval Space in London to play an unmissable headline show – BE THERE!

Fantastic Canadian folk band The Weather Station have been continued to amass widespread critical acclaim over the years, even taking home the SOCAN Songwriting Prize in 2013. With the release of their new eponymously titled album they head to London Oslo to play the new material.

And finally, Gigantic is famed for being the best place to come for seeing your favourite acts wherever they may play. Take a look at all these hot tickets which you could be yours right now: