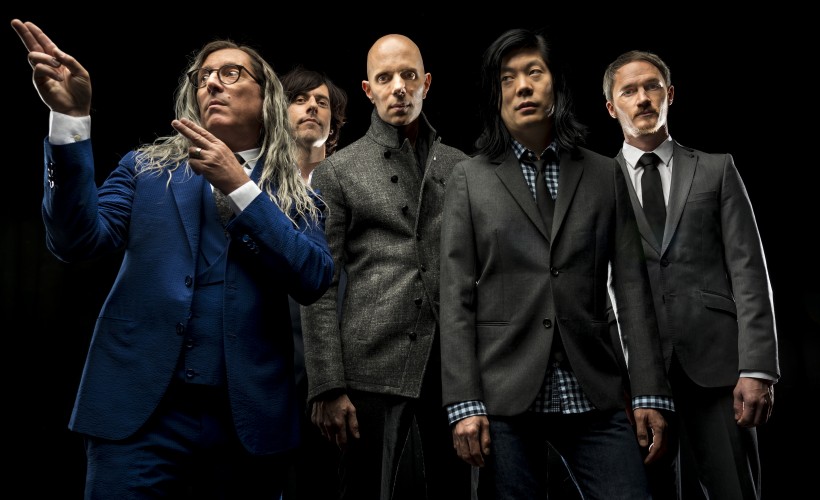 About A Perfect Circle

They are set to release their first new LP for thirteen years, and now head to the UK to show off their new material plus play tracks from their awesome back catalogue.

Do not miss them when they make headline shows at O2 Apollo Manchester and O2 Academy Brixton in London during June 2018.

As the excitement builds, so does the demand for A Perfect Circle tickets. We know these will go fast so make sure you act quickly and book yours before they all get snatched up. Gigantic enables you to make gig ticket bookings 24/7 whilst relaxing at home or busy on the go using your computer, smartphone or tablet.


The band’s formation was heralded with the release of their debut album Mer de Noms in 2000. It was followed three years later by second LP Thirteenth Step. Their latest release is the widely critically acclaimed record Emotive which saw the band re-interpret various popular anti-war songs as well as produce new material.

“What it lacks in aggression, though, the disc more than makes up for in inspiration, as these covers are so radically reworked that they sound as much like originals as the disc's lone new tune, ‘Passive.’ ” - E! Online

With only limited supplies of A Perfect Circle concert tickets on sale you will need to book early or risk missing out on seeing them perform live. Gigantic offers ten years of excellent customer service in helping you book your essential gig tickets. So always make us your first choice when planning your big night out.

Get your tickets for A Perfect Circle this December!

A Perfect Circle are back!

Summer 2018 is here! Get your tickets for A Perfect Circle

The tickets you need in your life!

Could do that again, many times!

Superb show, great sound and every song was spot on!

That's all we have for A Perfect Circle! Check out their upcoming shows