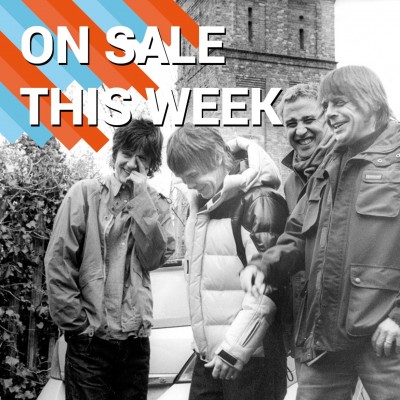 You adore them. Sonic pioneers of the hedonistic Madchester days and thought to never rise again from their implosion in the Ninties, The Stone Roses return to reclaim their crown as the undisputed kings of groove.

From their infamous Spike Island day festival to their gig at the iconic Haçienda and their perfect performance at Blackpool Empress Ballroom, The Stone Roses are known for their legendary live shows. Now you can be a part of history when they play at Wembley Stadium.

Guitar ace Joe Bonamassa is gearing up for his UK tour in April to promote his new album Blues Of Desperation. Playing at Edinburgh, Blackpool, Sheffield and two nights at Royal Albert Hall in London in what will no doubt be one of the most exciting musical events of the year.

There can be no doubt of his prowess. Having opened for B.B. King when he was aged only 12 years old, Joe Bonamassa has gone on to become a world renowned blues player and enjoyed a career which has earned him fans all over the world. Do not miss your chance to see him!

After selling millions of multi-Platinum albums, topped the charts worldwide and received three Grammy Awards for his outstanding work there can be little doubt that Ne-Yo is one of the finest R&B artists around. Further to his outstanding records, Ne-Yo has written smash hits for such huge names as Rihanna and Beyonce whilst also enjoying work as an award winning actor.

Now UK fans can finally hear material from his latest album offering Non-Fiction live when he ends the year with an essential end of year tour. With rumours of new album on its way, audiences may be amongst to hear his latest work.

Quintessential surf rock band The Beach Boys perform their catchy sunkissed hits for adoring audiences in May of 2017. Marking 50 years since the release of the song Good Vibrations, the Californian band are the embodiment of living legends with a much loved back catalogue ready to thrill and delight.

From poetic prodigy to hip hop MC, Kate Tempest continues to shine as one of the greatest British wordsmiths of our generation. Join her when she takes her stunning spoken word performances to the stage in December.

Indie kids will be pleased to hear that Yorkshire’s finest bands Embrace and The Crookes have just announced a tour which goes on sale this week, as do Little Comets. But if you are itching for something from the other side of the Atlantic, power punks Jimmy Eat World will be promoting new album Integrity Blues and Celtic punks Dropkick Murphys will blast off the new year with a fiery performance in Brixton.

After being in the running for the Mercury Music Prize with her album The Dreaming Room and a stunning performance at Afropunk we have tickets for sublime singer Laura Mvula. Sticking with soul singers, we are also really looking forward to Izzy Bizu’s date at O2 Shepherd Bush Empire.

New Zealand new wave wonder Ladyhawke is amongst the greatest acts to emerge this generation. She tours in February of 2017. Also, check out Nottingham based electro duo April Towers when they hit London.

Plus, we have fantastic folk singers Al Stewart and The White Buffalo releasing their tickets with Gigantic this week.

We might have just stepped into the wonderful golden and red months of Autum, but Electric Daisy Carnival are already looking ahead to next summer. The spectacular Milton Keynes dance festival will return for its fifth year and Early Owl tickets going on sale this Friday.

What Became Of Us

Not every festival takes place in summer and requires a tent. What Became Of Us is a two day explosion of indie excitement boasting the likes of Genghar, Yuck, Toy and many more. Taking place during mid-October, the festival swaps acts between the two sites in Oxford and Leicester.

Click HERE for your What Became Of Us tickets.

With the upcoming release of the EP T.C.R. and accompanying promotional tour, Sleaford Mods have already seen another night added at Rock City in their adopted home of Nottingham due to popular demand. The rest of the tour is selling out fast so book before they are all gone.

From finding fame on The X Factor USA to becoming one of the biggest R&B bands in the world, the rise of Fifth Harmony has been meteoric. Book your tickets for their October tour today!

We can’t get enough of rock singer / song writer Hannah Lou Clark in the Gigantic office. Make sure you check her out when she hits the road in November.

Super Furry Animals have been gleefully twisting minds since 1990. This December sees them play their first two records Fuzzy Logic and Radiator in their entirity on a stage near you.

And finally, other amazing acts that we have tickets for include: Nigel Kennedy \ Bastille \ The Rutles \ A Day To Remember