American girl band Fifth Harmony are the future of pop and R&B. The group was formed on during the second series of The X Factor USA during 2012, with all members formally being successfully auditioned solo singers who failed to progress further on the televised entertainment competition.

Following their televised appearance, the group was signed by Simon Cowell. Their 2013 debut EP Better Together saw them hit #6 on the Billboard 200.

In 2015 they released debut album Reflection. The record rose to #18 in the UK album charts and has subsequently been given Gold certification in the United States. The record includes the singles Boss, Sledgehammer and the huge hit Worth It which has seen treble Platinum sales and smashed into the Top 10 of thirteen different countries.

They have just released their second album 7/27. Named after the date the band was formed on X Factor, the album sees Fifth Harmony explore their talent in greater depth and draw from soul influences making it somewhat more mature than the predecessor. The single Work From Home appears on the album which has sold over 7.5 million copies sold.

Fifth Harmony are promoting their new album by hitting the road with an extensive tour.

Fifth Harmony tickets will soon be available through Gigantic.com so use the website to set your own personal reminder. Don’t miss out when they go on sale at 09:00 on Friday 1st of July.

Book your concert tickets early to ensure you see a show on this wonderful tour as they will sell very quickly.

Get Your Tickets For Fifth Harmony

How Much Do You Know About Fifth Harmony? 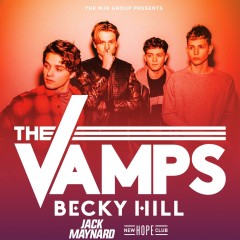 That's all we have for Fifth Harmony! Check out their upcoming shows