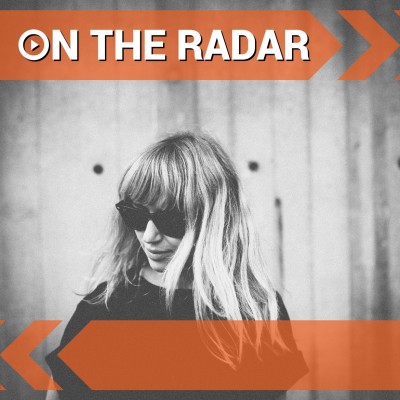 Born out of the frustration of singer / songwriter Mattie Vant’s frustration with the modern world; VANT exhibit the traits of everything that you want from a guitar band. Young, angry and armed with some killer hooks.

Citing the urgency and polemic fury of punk bands like Fugazi and The Clash as a prime influence, Vant set about recruiting fellow band members to address the obvious lack of firebrands despite the current turbulent political climate. Resolving to become an irrepressible musical force, Vant recruited Swedish drummer Martin Söderin, guitarist Henry Eastham and fellow workmate Billy Morris on bass whilst working at a bar in East London.

Despite having formed less than two years ago they are already signed to major label Parlophone Records and have released a string of excellent singles including Parasite / Do You Know Me, Parking Lot / The Answer and Fly-By Alien.

Their latest offering is the EP Karma Seeker which conceals anguished lyrics underneath satisfying drum rolls and the confident crunch of overdriven guitars on the title track. However, saving the best till last, the stand out song is the very last. Titled Birth Certificate, it deals with the absurdity of borders and national identity using the real life experiences of Vant and his girlfriend who was facing expulsion from the UK due to the impending expiration of her Visa.

“I don’t believe in borders, I was born on Planet Earth, not in England. As a white, English male I’m pretty much in a position where I can go where ever I want in the world (for a determined length of time of course), do whatever I want to do and get paid more for it, there is no reason everyone else shouldn’t be able to do the same thing, regardless of race, background, gender or sexuality. The whole thing is fucked. I’m very, very lucky and very, very horrified.”

After they are finished supporting You Me At Six on their October tour to promote their upcoming record Night People, VANT will be playing a couple of headline shows of their very own at Bath Moles and The Scholar in O2 Academy Leicester. Make sure you go check them out!

After a short spell of working under the stage name Foe, Hannah Lou Clark has left behind the vampy electroclash inspired music of her former namesake for a more straightforward guitar sound which really shows off her talent for the instrument and leaves room to exhibit her truly tremendous voice.

Released back in Spring through her very own label Quatre Femms Records, the Its Your Love EP marked a real development in Clark’s sound. Perhaps sparked by the wealth of talent that have been keeping her company after collaborating with the likes of My Bloody Valentine’s Deb Goodge and producer Rob Ellis (PJ Harvey, Bat For Lashes, Placebo), possibly an inevitable development of her obvious potential or maybe just inspired by the recent acquisition of an Ace Tone Rhythm Ace vintage drum machine from eBay. But whatever the cause, the result is a three track record which ranges from the feverish chattering guitar on the verse of the title track which gives way to a delightful vocal explosion on the chorus, followed by miasmic ebb and flow Cowboy Joe to then close with bluesy b side Euphoria.

"Sometimes in life it feels as though people are holding a gun to your head, and you have to suck it up and get on with it. I wanted the music to replicate that repetitive feeling of frustration. This whole EP is really about that realisation, in three chapters."

Clark tours this November and will no doubt play some of the recent material live. But we are really hoping to hear new tracks off her inevitable fantastic first album.

Taking inspiration for their name from the agonised silent screaming Pope housed and suffocating in the impression of a cube as depicted in the Francis Bacon painting Head VI, Boxed In is the latest British electro band to be enjoying their time in the sun. Predominantly the work of Oli Bayston who writes and produces the tracks, he is joined by a full band when performing live.

Their arrival came with the release of their eponymously titled album last year which was certainly welcomed by an eager music press, with NME stating that “the debut album from Boxed in will enhance your life”. They also impressed Clash magazine whose further praise included “the songwriter fuses electronics with a very English sense of the psychedelic”.

Check out brand new album Melt, released just this week. A confident stride into the darkest corner of the warehouse where the party is only just kicking in at 4am. Unhurried, bass lines glide underneath the hard stepping synth whilst Bayston shrugs off the lyrics to create an essential album with huge potential for amazing remixes as an added bonus.