After proving to be at the forefront of British alternative electro with their debut album, Boxed In return with their brand new album Melt. The record has already garnished great praise from the critics and has been made BBC 6 Music Record Of The Day.

Although primarily the work of multi-instrumental vocalist and producer Oli Bayston, the band also comprises of drummer Liam Hutton, synths and guitars from Jack Benfield and Mark Nicholls on bass.

“We feel solid as a live unit now. We’re able to translate the songs into a live situation quite nicely. They represent the album well, but we also add a fresh approach to them. Mainly I think we make the whole thing a bit more danceable!” - Oli Bayston

Boxed In tickets are on sale through Gigantic right now. Playing in February of 2017, they will perform at Patterns in Brighton, Thekla at Bristol and will be presented by Lemonfest at Move in Exeter.

Taking inspiration for their name from the agonised silent screaming Pope housed and suffocating in the impression of a cube as depicted in the Francis Bacon painting Head VI, Boxed In is the latest British electro band to be enjoying their time in the sun.

Their arrival came with the release of their eponymously titled album last year which was certainly welcomed by an eager music press, with NME stating that “the debut album from Boxed in will enhance your life”. They also impressed Clash magazine whose further praise included “the songwriter fuses electronics with a very English sense of the psychedelic”.

As Boxed In are getting massive press attention and experiencing a huge rise in popularity their concert tickets are expected to sell very quickly so book yours early. Stick with Gigantic for the best experience buying your gig tickets.

Having played in indie band Keith, written for The 2 Bears, sung for George FitzGerald and been a producer for the likes of, Rosie Lowe and The Bohicas, Oli Bayston is now bringing his wide array of talents to bear on his own solo project.

As his list of credits suggests, he can draw on a wide breadth of musical knowledge. Oli grew up in Berkshire and then Essex in a musical family, the son of a piano teacher and an opera singer. He was surrounded by classical music from a young age, and while he’s now grown to love and draw inspiration from the repetition of composers like Steve Reich at first he rebelled against classical composition.

As a teenager he embraced albums like Nirvana’s ‘In Utero’ and Radiohead’s 'The Bends' and began writing his own pop songs on the piano when he was 15. This coincided with a newfound love of dance music - evolving from Matthew Herbert's 'Accidental' label and Basic Channel to Moodymann and Kerri Chandler.

He moved to Manchester to study music and embraced the rich dance music culture that seamlessly merged with the city’s indie heritage. His experiences of playing live with Keith mean he’s dedicated to recording and playing his music live, with no samplers or backing tracks. His intention with Boxed In live is to emulate the propulsion of a fully electronic set up using acoustic instruments and the flexibility of human touch.

After seven years in Manchester he moved to London where he delved further into the art of production. He assisted producer Dan Carey (Hot Chip, Toy, Kate Tempest) for two years and they wrote “loads of music together, just staying up late in the studio being weird.” They’ve since released music together as Scotti Brains.

“After Keith, my intention was to start something fresh and get a new project going,” explains Oli. “My intention was always to become a producer as well as an artist in my own right, and it’s worked out really well for me. It’s helped me hone a very specific sound.”

Boxed In is that project, and it brings together Oli’s two greatest musical loves: Krautrock and house music. “The album has a bit of both of those two things combined,” he says, “But the principle focus is always the songs. I’m a slave to the songs and I try to incorporate my love of specific genres of music into that.”

Inspired by the motorik rhythms of Can, Cluster and Neu! as well as house producers, like Pépé Bradock and Theo Parrish, Oli nevertheless emphasises that the art of pop song writing is right at the heart of Boxed In. “Often within electronic music the vocals are an afterthought,” he points out. "I wanted to maintain an equal focus on each aspect of the songs, particularly the lyrics.”

There are themes of love, longing and loss that run all the way through his debut album, although he’s quick to point out that it’s “not a concept record.” He describes it instead as an “outer monologue, a small document of someone’s life over the last few years.”

The record features a guest appearance from Anita Blay, also known as CocknBullKid, who duets with Oli on a track called ‘Lo Life’. “We wrote that together when we were working on her album two years ago,” he says. "It’s a song that resonates with me and by coincidence the lyrics had an element of prophecy in them."

Since the album was released in January 2015 it’s enjoyed unanimous critical praise. “I haven’t see a bad review yet!” says Oli. “I feel genuinely proud of the album, which is a great feeling. You always feel apprehensive before you release anything, so it’s been nice to get that affirmation for something I worked so hard on.”

Having made a name for himself as a producer and songwriter, Oli has now also proven himself as a live performer after a sold-out UK tour and eight shows at Austin’s SXSW festival.

Live, Oli is joined by drummer Liam Hutton, multi-instrumentalist Jack Benfield and former Keith bandmate Mark Nicholls on bass. “We feel solid as a live unit now,” says Oli. “We’re able to translate the songs into a live situation quite nicely. They represent the album well, but we also add a fresh approach to them. Mainly I think we make the whole thing a bit more danceable!”

2015 will see the band tour Europe and the UK, taking in a host of festival dates in the process. Oli is itching to get back on the road and play for more people, but he’s also got one eye on making new music. “I think the next steps for Boxed In are to get my head round the second album and to tackle America,” he says. “We’re going to carry on doing a lot more shows and we’ve got a big festival season coming up. I’d love to get the second album done within the next year as well ��" so I’ll keep on, keeping on.” 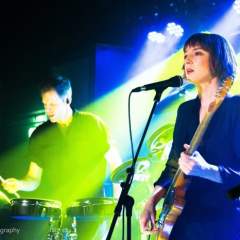 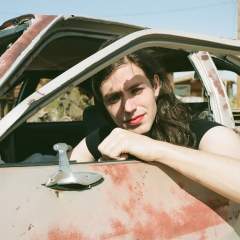 That's all we have for Boxed In! Check out their upcoming shows