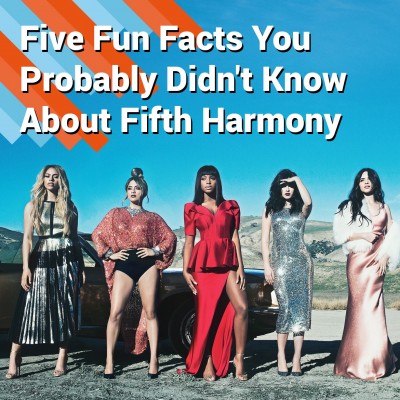 R&B superstars Fifth Harmony are just about to hit the UK for a hugely exciting tour which comes to an arena new you.

After finding fame on The X Factor USA, Ally, Camila, Normani, Dinah and Lauren have stormed the charts with such massive songs as Boss, Home From Work and Worth It, selling over 8.5 million records worldwide

In the lead up to the October concerts, Gigantic has some fun facts that only a true Harmonizer would know.