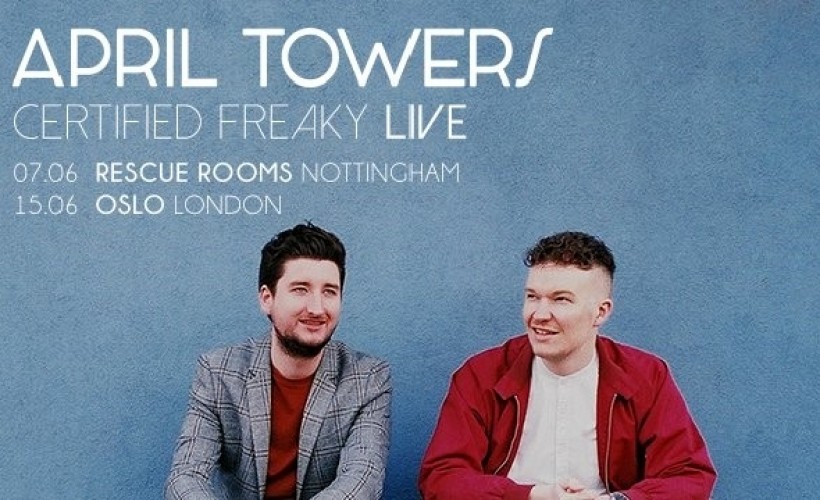 April Towers is the synth pop partnership of Charles Burley and Alexander Noble. The Nottingham based pair strike out, to perform headline sets at Rescue Rooms and London Oslo during June 2018.

You know just how exciting this is, and with the demand growing as more people find out you will have to act fast and ensure you book your Body Count tickets before they all are taken. Placing an order for your essential gig ticket is made easy with Gigantic as you can access the site 24/7 with a smartphone, tablet or on your computer.

But, leading busy lives it is easy to forget that these tickets will become available at 10:00 on Friday 13th of April. So, set a personal reminder with Gigantic so we can alert you with an email or text message just before they are released.


'Certified Freaky' is the long-awaited debut album from Nottingham's APRIL TOWERS and is set for release on Friday 8th June through their own FFS (Fine Frequency Sounds) imprint. Recorded at Soho's legendary Dean Street Studios (in the same room David Bowie recorded Diamond Dogs) over the course of last year, the album was co-produced by the band along with respected electronic artist/DJ Ben Pearce, mixed by Nathan Boddy (Gary Numan, Shame, James Blake) and mastered by Geoff Pesche (Gorillaz, Kylie Minogue, Pulp) at Abbey Road Studios. The whole album was crowd funded via Pledge Music and the band played a sold-out show in their native city of Nottingham last September to commemorate this.

Having played together in other bands previously, the duo of Alex Noble (vocals, guitars & keyboards) and Charlie Burley (production, samples, guitars & keyboards) embarked on their latest project in August 2013 and April Towers were born. A series of 6 singles and EPs culminating in last summer's 'Takes One To Know One' followed suit, one of which (2015's 'A Little Bit Of Fear') earned them a place on the official FIFA 2016 soundtrack. Throughout their existence they've been building momentum and working towards 'Certified Freaky' in what has been a long but ultimately rewarding process.

It goes without saying, there are only limited supplies of Body Count concert tickets being made available so please do not hang around and book yours early to avoid being disappointed. Offering expert customer services on a wide selection of essential gig tickets, Gigantic is the award-winning ticket vendor which is your first step towards enjoying your big night out. 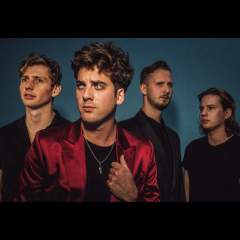 The boys were fabulous as always...memorable home-coming scenes

Awesome band, great show and venue. I saw April Towers 4 or 5 years ago at Dot to Dot festival and have been a fan ever since. New tracks off the forthcoming album are excellent. Look forward to getting my signed CD as soon as it is ready.

That's all we have for April Towers! Check out their upcoming shows