The Vaccines, Winter Wonderland, Live at Chelsea, Trivium and much more 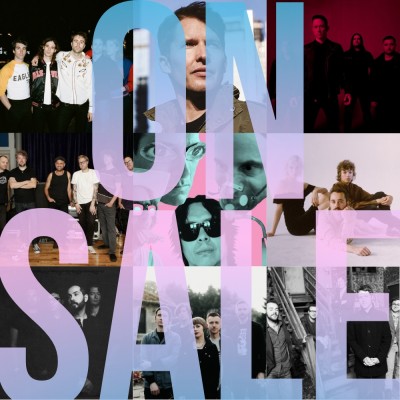 Blending elements of garage, surf rock and post punk, indie band The Vaccines exploded almost overnight after first forming in 2010. They have subsequently released three albums which are vital to any good record collection; ‘What Did You Expect From The Vaccines?’, ‘Come Of Age’ and ‘English Grafitti’.

Having dropped major hints that their fourth LP is about to be released sometime soon, The Vaccines have also just revealed that they will be taking over Alexandra Palace in London on Saturday 14th of April. This is most likely the first chance you will get to hear their new songs so make sure you book your ticket before they are snapped up

The Vaccines tickets become available at 09:00 on Friday.

Every year, the Old Market is filled with wonderous festive activities for the Nottingham Winter Wonderland. You can expect to taste a variety of exciting things to try from the European food stalls, an Ice-Bar and Helter Skelter bar for the adults plus plenty of rides for the kid.

Also available for everyone to enjoy, the main feature will be the outdoor ice rink. Located near to the towering Christmas Tree, tickets for the ice rink have just been released – so book your session right now!

Singer / songwriter James Blunt achieved worldwide fame with the release of his tender and heart-warming singles ‘You’re Beautiful’ and ‘Goodbye My Lover’.

This year has seen the release of his fifth studio album; ‘The Afterlove’. Eager to show off his new material plus play selected hits, Blunt joins Live At Chelsea by performing a headline set at The Royal Hospital Chelsea on Saturday 16th of June.

Just Released! Rock And Bike Festival plays host to fantastic bands in addition to celebrating everything about bike culture, tattoos and much more.

Get down to Carnfield Hall at South Normanton from Thursday 12th till Sunday 15th of July to see Evil Scarecrow, Circus Of Horrors and Gallus Cooper.

Fans will be thrilled to hear that the mighty metal band Trivium have announced a Spring 2018 tour heading to the UK. Joined by Code Orange, Power Trip and Venom Prison, each night promises to be an intense show and a must for a true fan. Trivium tickets become available at 10:00 on Friday.

Indie rockers The Hold Steady caused quite a storm with the release of their latest LP ‘Teeth Dreams’ back in 2014. Now they return with a unmissable headline date at Electric Ballroom in London taking place during March next year. The Hold Steady tickets become available at 09:00 on Friday.

Demand for our essential gig tickets is always very high so we highly recommend that you set yourself ahead of the rest by setting a personal reminder. That way, you can be alerted with a text message or an email as soon as they are released.

Gigantic constantly gets the very best gig tickets as and when they are released, so be sure to keep checking our site. Take a look at the many events going on sale this week:

Rock The Park is the perfect place to enjoy some of the world’s very best tribute and covers acts. Get yourself to Wrexham for a fantastic weekend.

From growing to a private party held for just 100 people to becoming a fantastic celebration of music with everyone invited, Chagstock always has an amazing line-up and well worth attending!

Disney On Ice Passport To Adventure is the perfect treat for all the family. Be whisked away to the many magical worlds of Disney, including The Little Mermaid, Peter Pan, Disney’s The Lion King and Disney’s Frozen. Shows are running in Sheffield across November before heading to The O2 Arena in London during December.

Welsh wonders Stereophonics have just released their brand-new album ‘Scream Above The Sounds’. Catch them when they play Wrexham Racecourse Ground and a homecoming gig at Cardiff City Stadium where they will perform their latest material plus their many major hits!

And finally, Gigantic is famed for providing excellent customer service in helping you select from a huge range or essential gig tickets. Please give us a shout if there is anything we can help you with. Also, take a look at the many events we currently have on sale: