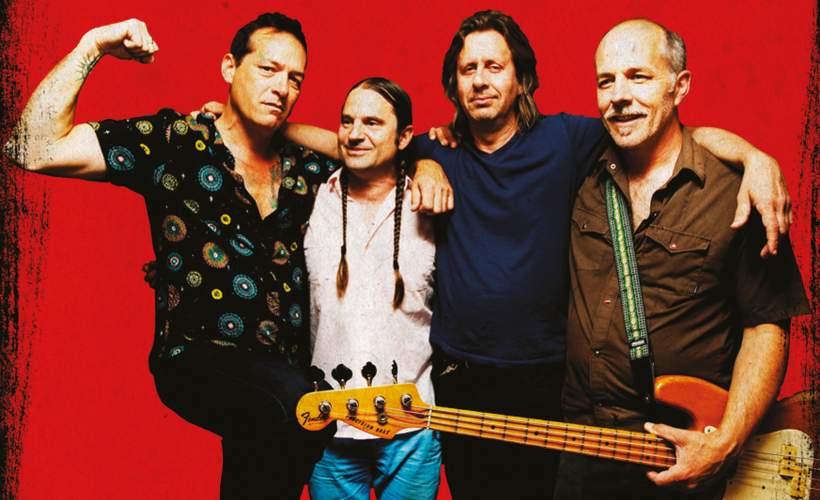 Led by Rick Freberg and John Reis, Hot Snakes at the epitome of rock and roll. Disbanded in 2005, they are back on the scene.

Having recently reformed, the blistering band get ready to hit the UK to play a handful of unmissable headline shows. Do not miss out on your chance to see them play at cool Nottingham club Rescue Rooms, The Dome in London plus Bristol Thekla across January and February of 2018.

Excitement continues to build, and with it - the demand, so make sure you act fast and book your Hot Snakes immediately. Placing your gig tickets order is easy as you can access our site 24/7 using your tablet, computer or smartphone whilst out and about or as you relax at home.


Hot Snakes have produced three albums you need in your collection; Automatic Midnight, Suicide Invoice and their latest; Audit In Progress.

“This is straight-ahead and honest rock music.” - Punk News

“No newcomer could come along and produce such an album as Audit in Progress. It takes years of pouring their guts out for something like this to occur. Show some respect.” - Tiny Mixtapes

“If this album proves anything, it's that Hot Snakes have somehow managed the trick of staying on punk rock's straight and narrow while being wildly colourful within the lines.” - Drowned In Sound

With limits on the amount of Hot Snakes concert tickets being made available by promoters, we really urge you to book early as they will go. Gigantic is home to a vast array of essential gig tickets which is always growing, so take advantage of our great selection and excellent customer service to make an easy booking and look forward to enjoying your big night out.

Get to know the relentless riffs of the awesome post-hardcore band Hot Snakes!

That's all we have for Hot Snakes! Check out their upcoming shows