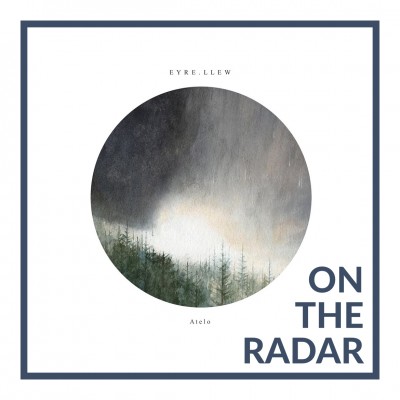 You heard it here first; EYRE LLEW are going to be huge. Pronounced “Air – Loo” (Yes, we had to ask the first time too), EYRE LLEW pursue the ambient side of post rock by building on minute delicate washes of instrumentation leading to resplendent explosions of sound. As they skilfully allow their music to shimmer, echo and decay, it shines all the brighter as it boldly glows in the face of darkness.

First formed in the summer of 2014, the Nottingham based three-piece fuses the talents of guitarists Jack Bennett and Sam Heaton who takes on lead vocals with drummer Jack Clark. Their arrival has been heralded with a string of strong singles included ‘Fero’, ‘The Deep’, ‘Vorfreude’ and ‘Havoc’ boosted by prominent festival appearances and airplay on the likes of Kerrang! Radio and BBC Introducing which has translated in over 100K streams on Spotify.

Having recently completed a tour of South Korea, EYRE LLEW have returned to the UK to release their debut album ‘Atelo’. Taken from the Greek word to mean ‘Imperfect’, they apply a modest title to an incredible LP which somehow encapsulates their impassioned live performances enabling them to share their magnificent sound with a wider audience. Having been long awaited by fans, the meticulous recording process has resulted in an album which is epic in scale with more heart most acts can muster in their entire career. Considering that this is first full-length record which they have self-released, that is no mean feat.

You can discover more about the band and the process of creating ‘Atelo’ by watching their Online Documentary.

They mark the release of ‘Atelo’ with a huge album launch show taking place at The Glee Club in their Nottingham heartland on Friday 10th of November. Supported by the superb space rock three-piece Desert Mountain Tribe, you are invited to join in their very special celebration as they perform the new material followed by an afterparty which extends late into the night.

Take four lads from Sheffield, name them after a South American gang, give them guitars, synths and drums, then let them into a studio to create emotive power pop and you get Alvarez Kings. Their band members include drummer Richard Walker, singing guitarists Simon Thompson (lead) and Sean Parkin (backing) plus keys from Paul Thompson who also provides vocals.

After forming in 2016, the quintet blurthe lines between rock and electronica to create music with obvious commercial appeal which still retains a homegrown feel.

“Being able to create and record songs from a laptop was a major turning point as it opened our world to a whole host of different sounds and techniques that’s quite difficult and even impossible to create when you’re a loud guitar band just thrashing away in a small box for a rehearsal space. We always wanted that ‘80s synth vibe that we kind of grow up on, but that’s some expensive equipment to be able to do that. Having Logic and ProTools gave us the soundscapes that we always dreamed of.”

Alvarez Kings already have much to be proud of, having filled the support slots for tours with the likes of Melanie Martinez, PVRIS, and Echosmith, performed in front of huge audiences at Isle of Wight and O2 Wireless festivals and signing to major label Warner Bros Records. They have also recently released their debut album ‘Somewhere Between’, they take their new material out onto the road giving you the chance to hear their awesome tracks live.

“With this being our debut album, we’ve had most of the songs for quite a while so we always kind of knew which songs would make the cut. They were never quite finished or even produced, so we wanted to make the album somewhere that would inspire us to produce and finish the songs in an almost regimented album kind of way.”