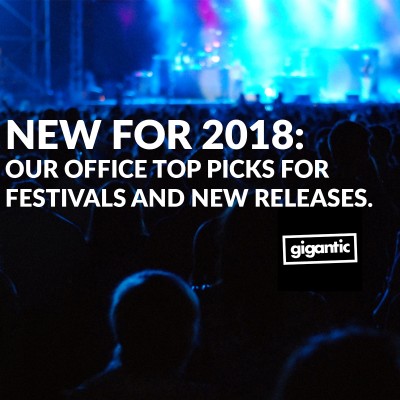 Having recovered from the celebrations of the festive period we now take a look at the year ahead, including the exhilarating festivals, essential gigs and the best new music expected to be released this year.

Keep scrolling to browse through our comprehensive list of some of the most exciting musical landmarks coming up in 2018, plus a few personal recommendations from the Gigantic team!

Organised by the people behind the infamous Coachella Festival, All Points East is a series of major outdoor events taking place this summer at Victoria Park in East London which boasts a huge headliner each night.

Tramlines never fails to bring the goods, bringing together a line up of truly world class acts with the very best cutting-edge acts as they begin their ascent to fame.

Early Bird tickets are currently on sale but with only limited supplies available, you need to act fast and book yours before they go.

Being one of the first festivals of the year, Handmade acts as the perfect precursor to discover the character of the musical landscape which lies in the year ahead.

Their line up for 2018 includes Circa Waves, Idles, Little Comets, Dinosaur Pile-Up plus many more.

Perfect pop band Steps have announced The GRANDSLAM 2018: Summer Of Steps Tour! Read out interview with Lee Latchford-Evans telling us all about the upcoming shows HERE.

From their early indie days to becoming massive rock stars packing out stadiums whenever they play, Stereophonics have never failed to astound with every performance.

There are few bigger stars on the planet than Taylor Swift so do not miss her when her worldwide reputation Tour hits the UK.

Justin Timberlake – Man Of The Woods

Probably the first big surprise for 2018 is the return of Justin Timberlake. The announcement of the new album Man Of The Woods has just been made with trailer video explaining that the inspiration came from “My son, my wife, my family… It’s personal.”

No doubt JT will be heading to the UK to promote his new material in the new year with absolutely unmissable shows.

Charli XCX – To Be Announced

Following a huge year which saw the release of the two mixtapes Number 1 Angel and Pop 2, dance pop sensation Charli XCX is getting ready to drop her third album later in the year. As yet untitled, you can bet it will be launched with yet another insanely catchy lead single.

Its been a long wait for CHVRCHΞS fans as their last LP release was the critically acclaimed album Every Open Eye which came out in the September of 2015. Having been in the studio working with almighty producer Greg Kurstin, it looks like the Scottish synth-pop trio are just about ready to astound everyone once again.

“[Kurstin] pushed what we were doing to be bigger in some ways, but he also pushed us to be weirder. He’d be like, ‘If the vocal melodies are as sweet and as precise as this, why don’t we make these other sounds so fucked up and gnarly and strange?’ I loved that.” – Lauren Mayberry

Arctic Monkeys – To Be Announced

Right from the beginning with the release of their debut album Whatever People Say I Am, That’s What I’m Not, each new album by Sheffield’s sons Arctic Monkeys is a major event. Having taken a lengthy break from being in the studio, the band have been working on their forthcoming record in a secret location and have gone to great lengths to hide just about everything about their potential new masterpiece.

Cardi B – To Be Announced

It has been a long time coming, but it looks like 2018 will be the year we finally get a debut album from Cardi B. The Bronx rapper shot to the top of the Billboard Hot 100 chart last year with her huge single Bodak Yellow generating excitement across the globe as she takes her NYC attitude to the international stage.

"I have deadline and it will be coming out in January. I have three good songs right now."

One of the big breakthrough acts of last year was Pale Waves. The dream pop quintet shot to the fore with their indie disco dancefloor banger Television Romance which saw the Manchester quintet score early chart success.

Now they return with their EP New Year’s Eve which features the forlorn titular single plus My Obsession which tugs all the right heartstrings.

Sunflower Bean – To Be Announced

In a time of disposable music, Sunflower Bean bucks the trend by creating flawless songs with a timeless quality that encapsulate their own world of youthful intrigue and energy. The Brooklyn band were garnished with widespread critical acclaim with the release of their debut album Human Ceremony two years ago leading to much anticipation for their follow up record expected later in 2018.

“Download Festival has had a special place in my heart since I saw AC/DC perform there in 2010! This year will be one to remember with Ozzy Osbourne and Guns N Roses. SO EXCITED.”

“Beat The Streets at the end of this month is new festival I am really looking forward to because it purpose is to help improve the lives of homeless people in Nottingham, which is something that needed help.”

“Fall Out Boy just for the 15-year-old in me, it will be exciting to see what they have to offer us with their new album!”

Cardi B – To Be Announced

“Only got introduced to her music recently but there is definitely something about her that I love, maybe it’s her IDGAF attitude.” 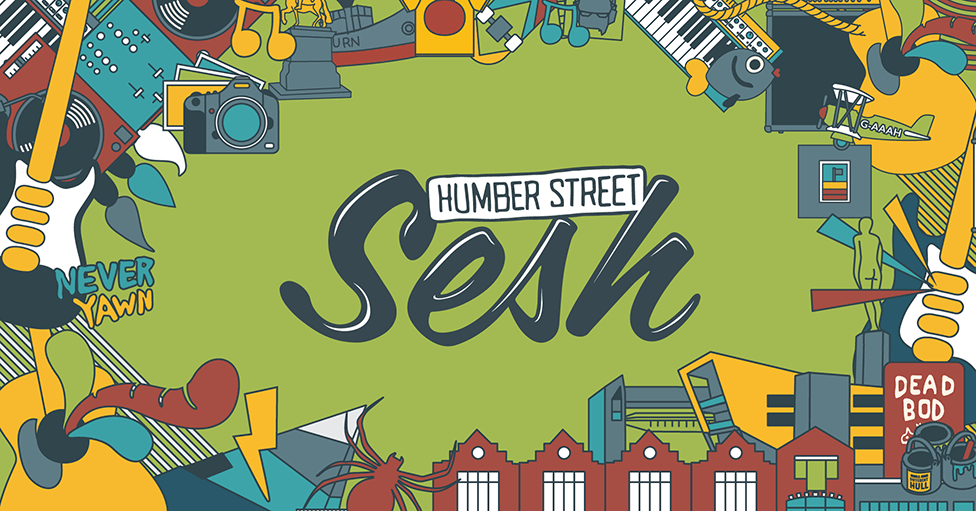 “As a Hull lad, it is always a great feeling when I return to enjoy the huge celebration of the cities thriving music scene with the mighty Humber Estuary forming the perfect backdrop.”

“The first taste of their thirteenth studio album came with their ode to artist Yves Klein; International Blue. Seemingly progressing their krautrock experimentations on Futurology and combining it with their classic big guitar sound, Resistance Is Futile has the all the makings of a classic.”

“The inevitable solo album of Edible 5ft Smiths and The Holy Orders singer Matt Edible is the first great record of 2018. It perfectly combines the cult icons love of huge anthems and lofi indie pop.”

Night Flowers – To Be Announced

“Watching Night Flowers grow from a bedroom project to becoming a band playing international tours has been a real thrill. Can’t wait for their debut album to come out early this year.”

“It’s where I first saw Oasis so back where it all started for me. Plus, there are two or three stages and nobody else is announced yet so I can’t wait to see who [else is playing]. Hoping to do a festival in the sun this year, waiting for the line ups x”