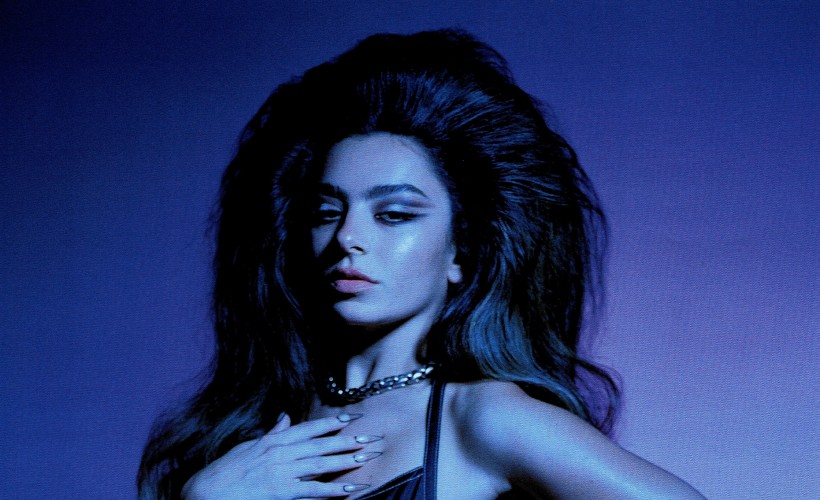 
Charli XCX is the exciting sound of a new generation. She has just announced headline dates.

Get your Charli XCX tickets with Gigantic.

Today I, the iconic global pop star CharliXCX, am announcing CRASH, my highly-anticipated forthcoming album, releasing 18th March 2022, available now to pre-order here. This is the fifth and final album in my record deal... I have also released ‘New Shapes’featuring Caroline Polachek and Christine and the Queens, and am announcing my European and North American tour, with tickets available for presale from 10th November. If you don’t stream New Shapes or purchase tickets to the tour you will most definitely burn in hell.

The announcement of CRASH follows my latest single, ‘Good Ones’, a track signalling a new chapter for me in which I embraced all that the life of a pop figurehead has to offer in today’s world -celebrity, obsession and global hits. I was able to possess and persuade an incredible group of producers and collaborators to contribute to CRASH by using my femme fatale powers and a multitude of dark spells and curses. Some of these include A. G. Cook, George Daniel, Deaton Chris Anthony, Lotus IV, Caroline Polachek, Christine and the Queens, Oscar Holter, Digital Farm Animals, Rina Sawayama, Ian Kirkpatrik, Jason Evigan, Justin Raisen, Ariel Rechtshaid, Ilya, Oneohtrix Point Never, Jon Shave and Mike Wise. They will all remain locked in my basement forever.

Aitchison’s debut album True Romance dropped in 2013 - confirming her star status with colossal sales all around the globe.

In 2014, she returned with her incredible second album Sucker which included the singles Famous, Doing It, Boom Clap and Break The Rules. Her follow up LP was a huge commercial hit, hitting No.15 in the UK charts, whilst being lavished in critical acclaim.

“Sucker is a one-two punch of wit and grit, as irreverently bratty as the lollipop Charli holds on the cover yet never impersonal, perfunctory, or insincere.” - No Ripcord

“Sucker’s greatest musical weapon is Aitchison’s voice--a posh, melodramatic caterwaul that will encourage either adoration or virulent hatred for all of its full-throated, Union Jack swagger.” - Pretty Much Amazing

There is always a limited amount of tickets for every gig and so it is essential that you get a hold of Charli XCX concert tickets before they are all snatched up. Fortunately, booking for all your favourite acts is so very easy with Gigantic and you can browse then purchase 24/7 using your smartphone, tablet or computer.
Bringing the best selection and excellent customer service for over a decade, Gigantic should always be your first choice whenever you are booking your big night out.

Charli XCX is shortlisted at the BRIT Awards 2020!