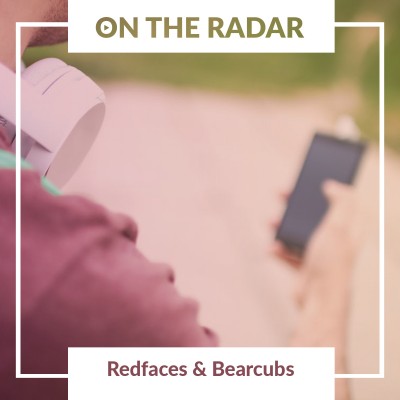 Sheffield has long been a fertile breeding ground for some of the best British bands with a real flair for innovation and the steel cities latest offering is the hotly tipped indie rock band Redfaces.

Consisting of Harry Lyon (Vocals/Guitar), Isaac White (Bass/ Backing Vocals), Charlie Yapp (Drums) and Ryan Laycock (Guitar/Backing Vocals), the South Yorkshire upstarts have already impressed audiences around the country by making themselves an invaluable act on the festival circuit and have shown their faces on the stage at Truck Festival at Didcot, Dot To Dot and Great Escape Festival in Brighton.

Along with their incendiary live performances, Redfaces have been busy in the studio producing a string of essential singles including their blistering debut ‘Kerosene’, follow up single ‘Wise Up’ and their latest release ‘Take It Or Leave It’ which has already amassed over 9,000 views on YouTube.

“Obviously we aim to be the biggest band in the world, but we are just enjoying making music at the moment. Our songs are based on personal experiences and things we observe but people don’t need to have experienced the things we write about, as long as they take something away from them that’s all that matters. At the end of the day we write for fun, if people like it that’s just a bonus.”

They look set for even bigger things in 2018 so make sure you catch them when they head out on tour next month.

Unafraid of taking the more fraught and anxious elements of the human experience as the starting point for his post pop, Bearcubs is the work of 25-year-old producer and DJ Jack Ritchie. Drawing on dubstep and texturizing with R&B, Ritchie is proving to be compulsive listening as his highly innovative music is breaking him out of the London sphere to emerge onto a world stage.

Despite first starting in 2013, his true arrival onto the scene was heralded with the release of his debut EP ‘Underwaterfall’ last year which was quickly ceased upon by a eager music press, thrilled with the intricately layered music which was expertly producing and combined with deftly written mature lyrics.

"'Underwaterfall' started out as the idea of plunging underwater, way down deep like a free diver, and the feelings of tranquillity, freedom, and fear that you get from that. There’s not many other situations where you can transport yourself instantly into another kind of reality.”

Now Ritchie is gearing up for the release of his first full length album. Titled ‘Ultraviolet’, it features the single ‘Do You Feel’ and the launch will be celebrated by a huge show taking place at London Oslo on Thursday 29th March.