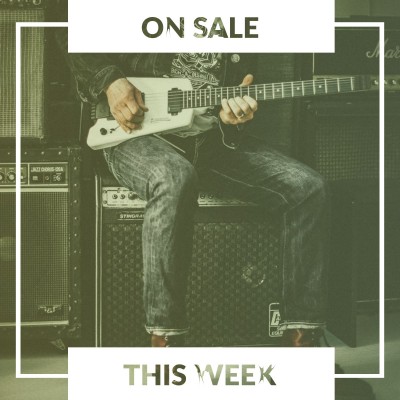 Little Mix exploded after winning the eight series of The X Factor. Since the competition, they have continued to rise as they develop into a world famous pop group.

Last year proved to be a fantastic time for the girls, with their latest album ‘Glory Days’ shooting to Number 1 in the charts. Next summer sees them play to fans right across the UK when they had out on tour.

Chase & Status are the biggest names in British drum and bass. Join them for their huge DJ set taking place at Doncaster Racecourse on Saturday 30th of June 2018.

Enigmatic songwriter James Blunt became a household name with ‘You’re Beautiful’ and ‘Goodbye My Lover’ in 2004. He now invites you to attend The Afterlife Tour.

Veteran political folk rockers Levellers have always enjoyed the support of a dedicated and loyal following. Their fans were already thrilled to hear about their shows at William Aston Hall in Wrexham and Winchester Chapel next year. They have also just announced a show at Dreamland in Margate. Levellers tickets are available from 09:00 on Friday.

Californian metal band Of Mice & Men never fail to pack out the venue whenever they play. With the release of their brand-new album ‘Defy’ next year, they return to the UK for an extensive tour. Of Mice & Men tickets are available from 10:00 on Friday.

With life being so hectic this time of year, it makes sense to set a personal reminder with Gigantic to prevent missing out. We will send you a text message or an email just prior to release of your chosen show, giving you that much needed helping hand.

Gigantic is always adding more exciting shows, and with 2018 just around the corner we look forward to another exciting year bringing you tickets to the very best events. Take a look at what you could be enjoying:

Wychwood Festival comes to Cheltenham Racecourse, bringing with it a huge selection of artists performing across four stages plus fantastic food.

Gate To Southwell is the premier festival bringing roots, folk and acoustic to the idyllic Nottinghamshire town.

You want cheesy? You got it! Club De Fromage brings you the biggest bangers, making for the perfect New Years Eve party.

Family fun with ice skating in Nottingham city centre plus the Ice Bar.

Your favourite live band karaoke is back for a huge New Years bash! Countdown to the new year at Southbank Bar.

Christmas time is often a time for reflection, and as we look back we remember those we have lost. Fastlove – A Tribute To George Michael celebrates the life and work of the infinitely talented popstar. From his emergence with Wham to becoming a true icon as a solo performer, George Michael forever changed the musical landscape.

Indie pop does not come any better than The Killers. The Las Vegas quintet formed in the 00’s and grew to become an international phenomenon and defining the sound of the decade. They head to the UK to perform at Swansea Liberty Stadium and Macron Stadium in Bolton during summer.

And if you are still looking for the perfect present, then why not get your loved one a ticket to see their very favourite act or take them to see something truly amazing:

Gigantic wishes you the merriest Christmas and hopes you have a very special holiday. We look to the new year with hope and optimism, full of joy and happiness for one and all! x