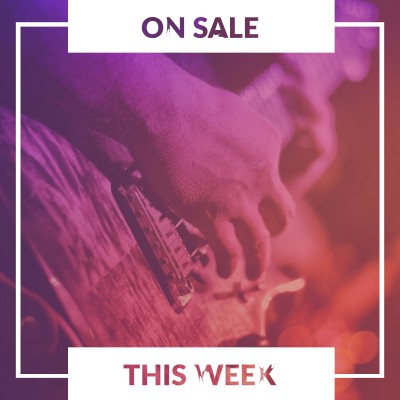 The Killers exploded in 2001 and quickly came to become a defining sound for the 21st Century. Taking indie rock, applying a pop feel and bringing it to mass audience, their songs speak of passion, heartache and desire – electrifying dancefloors everywhere.

The Las Vegas quintet have announced two major outdoor shows. Catch them when they come to Swansea Liberty Stadium on Saturday 23rd of June and Bolton Macron Stadium on Friday 13th of July 2018. Support acts yet to be confirmed.

Ed Sheeran has emerged as one of the biggest song writers in recent years. Since he came to the fore with his debut album ‘+’, the singer from Halifax has taken home two Grammys and an Ivor Novello Award.

Next year sees Ed head out on the road for an extensive stadium and outdoor show tour which takes him the length and breadth of the UK to promote new album ‘÷ ’. Catch him when he plays at a stage near you!

There can be few popstars bigger than Taylor Swift who topped the charts around the world with ‘reputation’.

Having released her latest album and seen fans flock to her UK shows for the reputation Stadium Tour, Swift now announces an extra two shows at Manchester’s Etihad Stadium and Wembley Stadium in London.

Community is the one-day festival which comes to Finsbury Park on Sunday 1st of July 2018 and boasts such huge names as Two Door Cinema, The Vaccines plus You Me At Six.

Expected to sell out very quickly, we advise you book before all their tickets go!

Gigantic offers you a personal reminder service which means you can elect to have a text message or email sent to you alerting you just before your chosen event setting you ahead of the rest.

Each week sees more awesome tickets being added to our vast roster. Check out all these excellent events that have just been added:

Katherine Jenkins is joined by the National Symphonia Orchestra for a wonderful evening at Sennowe Park in Norfolk where she will play a selection of her hits and more.

The Magic of Motown

Enjoyed by over 1 million people worldwide, The Magic of Motown is a dazzling performance of the very best songs of the genre, plus glittering costume changes and amazing dance moves.

The Magic of Motown tickets are currently available.

Cromer Hall is the setting for some of the planet’s very best tribute acts, including Killer Queen and Abba Revival on Saturday 4th and The World Famous Glenn Miller Orchestra on Sunday 5th of August.

Disney On Ice presents Passport to Adventure transports you and all your family to your favourite magical worlds including Disney’s The Lion King, The Little Mermaid, Peter Pan, and Disney’s Frozen.

Last year saw Angel Olsen release her critically acclaimed latest album ‘My Woman’ which saw her break the Top 40. After the immense demand which has seen her first London show sell out, she has now added a second which is also expected to sell extremely quickly also.

Portland songwriter Alela Diane has proven her musical prowess with a string of powerful releases over the years. Join her when she plays an unmissable headline set at Union Chapel in London next year.

Gigantic has an ever-growing selection of essential gig tickets. These are some of the very best events currently on offer: