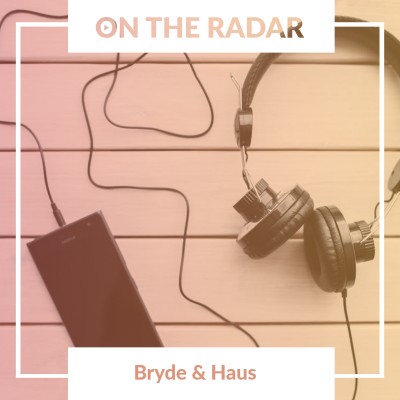 Pembrokeshire songwriter Bryde (Sarah Howells) joins ferocity with tender introspective to explore all aspects of raw emotion. Having first come to the fore as half of indie pop partnership Paper Aeroplanes, Howells forgoes the bands gentle touch in favour of rough around the edges urgency.

This new approach has been reflected on the utilitarian titles ‘EP1’, ‘EP2’ and her recently released singles ‘Less’ and ‘Desire’.

“I guess it’s dark, and a little bit angry. There’s an anger that I haven’t really touched on before. I’m not an angry person, but I wanted it to be a bit more direct.”

Looking towards the pained songwriters of the 90’s, Howells carefully allows her nuanced music to ascend and fall as she pulls you from layered tear jerking lows which stir something tight deep inside to anguished howls of release.

While we desperately await her debut LP, you can catch her on her newly announced tour which brings her to a stage near you in April.

Bryde tickets have just been released.

Drawing their influences from hip hop, electronica and indie rock, Haus work with a wide sphere of sound to create fresh, sharp and astute music which speaks to a youth that feels abandoned by the self-seeking generations which proceeded them.

The North London based lads met whilst studying at the Institute of Contemporary Music, with Ashley being the last to join the band following the split of his last outfit.

“We were doing a bit of soul searching in Morocco, back in the Summer of ’14, and whilst stopping in Marrakech we were having a cuppa tea with a Shamen monk, and mid-conversation, he entered this trance, absolutely overcome with shamanic verve. We kept trying to snap him out of it, and Sam even threw tea in the guys face to rouse him, but nothing would suffice. So about 40 minutes later we’re all sat about, waiting for him to snap out of it, but instead he was riding the astral plain to ecstasy, when suddenly he woke up and whispered the word ‘HOUSE’. After that we decided we’d call the band 'HAUS', and spell it in German as to not confuse it with the Hugh Laurie show of the same name.” - Ashley Mulimba

Haus have been working hard in the studio, making regular high-quality posts to their SoundCloud page including their most recent work ‘Say What You Say’. The EP is also released on vinyl.

"This EP highlights the main questions people are quite often scared to address, (as cliché as it sounds). Why are we actually here and what is our purpose? Why is God and life after death such big topics in our everyday lives?What mysteries lie beyond the reach of our senses? It also speaks about the dark times we are going through at the moment but also the sense of hope and togetherness we're getting from it, the sense of belief and originality. A society that separates us, makes us compete against each other. We blame society, but we are society. We can change!"

Join the Haus band as they commence their extensive ‘Own Blood Tour’ throughout February of 2018.