Home Rock Too Many Zooz Tickets 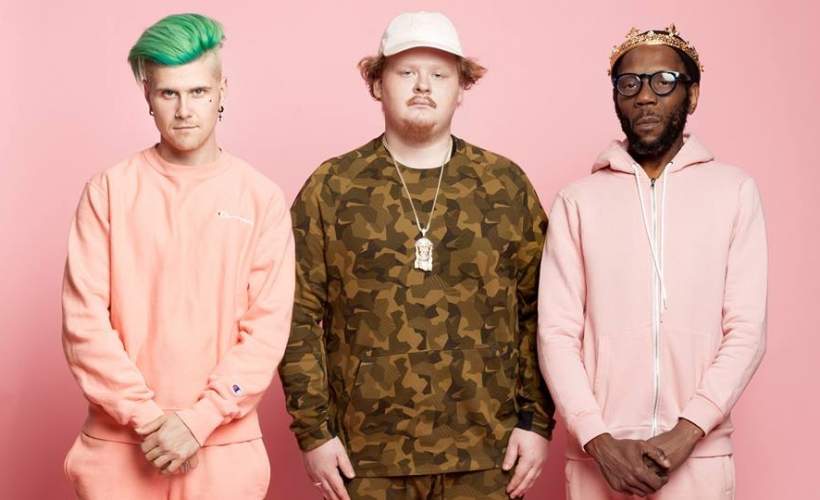 About Too Many Zooz

Brass house trio Too Many Zooz tap into hip hop, soul and funk through the use of traditional instruments creating something exciting, dynamic and new.

Really, the bottom line is that Too Many Zooz is absolutely worth a look. These brass-based groups are too rare, and this trio from New York scratches an itch for something different and silly.” - Bandwagon Magazine

Catch their headline sets at O2 Forum in London, SWX at Bristol, Band On The Wall at Manchester, Newcastle Riverside plus La Belle Angele at Edinburgh during May 2019.

Just Announced! Later in the year sees them play The Globe at Cardiff and Sub 89 at Reading during July 2019.

We are very excited to offer you Too Many Zooz tickets. The word is spreading fast and so we do urge you to act fast and ensure you book yours before they are all snatched up. Placing your gig ticket order is made easy with Gigantic as you can access the site 24/7 whilst relaxing at home or busy on the go with a tablet, computer or smartphone.

With such high demand, we recommend that you set a personal reminder right now which will alert you with a text message or an email as soon as they become available at 09:00 on Friday 3rd of May.


The band released their EP F NOTE at the beginning of 2014. However, it was the release of a YouTube video in Spring of them performing at various New York Subway stations which saw then band become an online sensation, going viral with 700,000 views in a few weeks accompanied by a rash of tweet and Instagram posts from commuter fans.

Their name spread into the more traditional media and they were subject of an online article by the New York Post.

“Meet Too Many Zooz, a local band whose vibrant, heart-pounding tunes and impressive dance moves have turned them into the city’s newest musical phenomenon” - New York Post

Capitalising on their newly found online fame, they quickly recorded and released second EP Fanimals the same year which helped to spread their name further.

In 2016 they released their debut album Subway Gawdz which thrilled fans and critics alike.
We only have a limited amount of Too Many Zooz concert tickets so ensure you book early to avoid missing out. Having provided our customers with ten years of excellent customer service on a huge range of essential gig tickets, you can be certain that Gigantic is the right place for you to book your big night out.

Too Many Zooz fan reviews (11)

Good space and the crowd was very enganging with these amazing artists. They were really tunned in with us and gave a stellar performance. We danced and danced. In the end they had time to meet the fans and that was very nice :-)

One of the best gigs of my life!

Too Many Zooz at Sub 89 was truly one of the best gigs of my life. Those guys played their audience perfectly, the music was incredible and the talent of the band just mind blowing. Cannot rate it highly enough, this band truly makes love to their crowd with their music!

That's all we have for Too Many Zooz! Check out their upcoming shows