On The Radar – Outlines Special 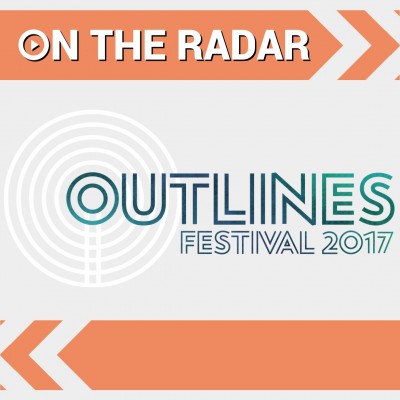 From the creators of the award winning metropolitan festival Tramlines comes a huge weekender in the vibrant South Yorkshire city of Sheffield; Outlines Festival.

Outlines 2017 has extended to take place over two thrilling days for the first time and runs over Friday 3rd and Saturday 4th of March. Spanning across a huge array of genres at such indispensable venues as Plug, Leadmill, The Harley and Queens Social Club, Outlines offers both huge names plus acts that are just about to break. Incredible acts confirmed to play so far include spaced out psyche heroes Jagwar Ma, folk rockers Slow Club, blissful post rock from Eyre Llew, crazed garage band The Wytches and party punks Cowtown with even more yet to be announced.

We take a look at some of our favourite up and coming bands booked to play.

Super drone rock band Hookworms have the joyful problem of finding themselves in ever increasing demand. Not only have they been selected to appear at the astounding CLUB.THE.MAMMOTH All Dayer alongside the likes of Future Of The Left and The Fall, they have also been announced to join the other outstanding acts at the festival Outlines 2017 which takes place across the various fantastic venues Sheffield has to offer.

The West Yorkshire five-piece feed upon the best of seventies space rock and push it past the subsequent decades to embrace the ensuing sonic developments to create their unique urgent sound. Possessing the grandeur of post rock and the energy of a garage band, they produce music which both satisfies the highbrow but has a dangerously wild feel.

If you haven’t heard them already, go check out their three amazing albums; Hookworms, Pearl Mystic and latest release The Hum. The latter of which references a global phenomenon in which people all over the globe are independently reporting to hear a persisting low rumbling sound that has no apparent origin and is described to be a disturbing experience.

Blood Sport drive the excitement of freeform jamming through a tight road of blistering technical guitar parts and complex drums which erupt into blissful freefalls of sound. Enrapturing winding guitar riffs, off kilter synths and surging basslines creating music with a hypnotic pulse that irradiates all in attendance with their infectious rhythms.

Since they formed in Sheffield in 2010 the band have become firm local favourites and can boast an international fan base thanks to a string of excellent EPs plus their debut album Life In Units and rigorous international touring. They have also worked hard to invigorating the creative community through their membership to The Audacious Art Experiment collective.

The ever experimental group are always looking for a way to become bigger – literally! Whilst on their many tours across Europe they have been joined by four other bands to create one magnificent performing spectacle. This feat has been recaptured in their new video for Reflective Orange, a track taken from this year’s album Axe Laid To The Root, sees the trio joined by a roomful of avant-garde jammers to form a Krautrock orchestra. The South Yorkshire math rock synth enthusiasts will soon be taking up residency in the Moog Soundlab where they will be performing with a full Moog Modular system.

Catch them at The Harley where they join the exceptional line-up of Outlines 2017.

Despite being able to describe Babe Punch as a young band both in terms of the member’s age and the short time they have been around they have already achieved a lot having recorded a fistful of great tracks, become a festival favourite and played support for the likes of Hinds, Menace Beach and Allusondrugs.

Already enjoying praise from all quarters, they can consider the like of The Wytches and Drenge as fans after both bands professed just how much they appreciated their debut single Snake Tongue plus esteemed critics NME who describes their music as “feedback-laden, angsty anthems”.

This month has seen the release of their incredible fiery new EP Control. With pounding drums, lacerating guitars and domineering vocals, Babe Punch have managed to capture a taste of their live show on tape.

Given that they are such a hot new act, it is little wonder that they too have been called upon to join the awesome line-up offered at Outlines 2017. Be sure to catch Babe Punch at The Maze this November too!