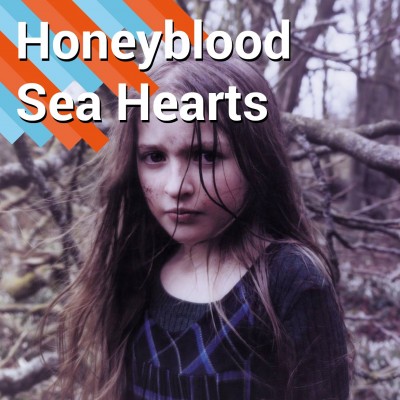 Newly released, Honeyblood have just unveiled the video for the single Sea Hearts which is the second from their recent album Babies Never Die.

The new video follows in the vein of previous single Ready For The Magic in creating a macrocosmic film world in which a young woman finds adventure through exploration whilst being accompanied by the band who share the same space yet remain ever apart. In this case, our protagonist who appears to be a denizen of the deep emerges from the unfathomable depths of the sea to find herself at a fancy dress party. The video taps into themes of alienation and coming of age as the underwater other discovers the thrill of the night.

The stripped down band unites guitarist and singer Stina Marie Claire Tweeddale with drummer Cat Myers who also chips in with the vocals to produce a brash sound with the frenetic energy of punk and the catchy hooks of no wave.

The Glaswegian lo-fi rock pair have already announced a headline tour that runs across November and into December to promote their latest release. You can see them when they play at: