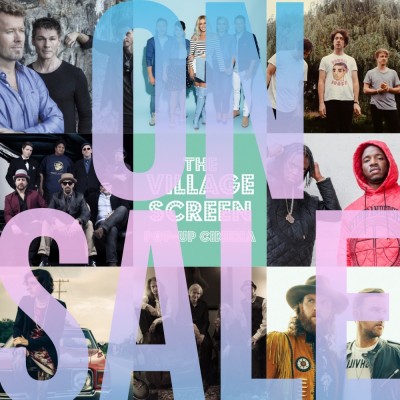 Canadian singer Michael Bublé takes his inspiration from the classic sound of the 50’s and gives it a modern twist. Previously, Bublé has played an astonishing run of 10 completely sold out gigs at The O2 Arena, playing to crowds of 20,000 every night – the longest run ever made by a male performer.

We are very excited to be able to offer you tickets for Barclaycard presents British Summer Time Hyde Park - Michael Buble. The very special show in the heart of London sees him supported by a variety of awesome acts.

a-ha were amongst the first pioneers to take electronic instrumentation and being it to the mainstream. Pål Waaktaar-Savoy, Magne Furuholmen and Morten Harket dominated the charts throughout the 80’s and helped define the sound of the decade.

Join them for their Electric Summer tour which takes them to unique venues throughout June 2018. We were lucking enough to chat to Magnes about the upcoming shows – our interview will be posted soon so keep checking with Gigantic!

Download is well established as the world’s greatest festival for fans of everything rock. The stages at Donnington Park have played host to the big, the bad and the truly nasty – never failing to put on a line-up that boasts major rockstars and bands on their way to the top.

This year the organisers have truly outdone themselves by rounding up Huntingdon Beach hard rockers Avenged Sevenfold, Guns N’ Roses including Slash, Duff McKagan and Slash plus the one and only Ozzy Osbourne.

Bursting out in 1997, perfect pop band Steps have enjoyed a career which has seen them win the BRIT Award for best newcomer before selling a staggering 20 million records worldwide. This year has seen the release of a new album ‘Tears On The Dancefloor’ and the promise of exhilarating shows to come.

The summer of 2018 sees the gang head out on their Summer Of Steps Tour which takes them to a stage near you. Set a personal reminder right now.

Liverpudlian indie extraordinaires The Wombats first began to achieve international fame with the release of the breakthrough debut album ‘A Guide To Love, Loss & Desperation’. They have since expanded to sell an incredible 1 million albums worldwide.

Next year sees the release of their latest LP ‘Beautiful People Will Ruin Your Life’ and with it comes an accompanying tour during March 2018.

The Wombats tickets become available at 09:00 on Friday.

Looking for something special to do this Christmas? Then look no further than Village Green Cinema. The pop up screen hosted by Victoria Baths in Manchester will be showing a wide variety of festive family favourites, such as:

Soul sensations Fat Freddys Drop have been thrilling fans for over eighteen years. Taking on a wide sphere of influences, such as soul, jazz and R&B, they never fail to electrify the audience who are eager to attend their forthcoming tour during November 2018.

Gigantic always has a vast selection of essential gig tickets to choose from, with more always being added. Check out all these exciting events that have just been released this week:

Glam metallers Steel Panther command a huge international following who adore the band’s dedication to the dirt and decadence of the rock n’ roll lifestyle. With the release of their latest album ‘Lower The Bar’, the LA sleaze stars hit the UK for a tour during January 2018 to promote the new material.

Drawing together the very best tribute acts and big-name cover bands, Cockfosters Music Festival takes place at Saracens Amateur RFC in London on Saturday 14th and Sunday 15th of July 2018. There, you can enjoy My Winehouse, Ultimate 40, Mainly madness, Not the Rolling Stones and many more.

As you know, Gigantic is the very best place to come whenever you are booking for your big night out. Take a look at this selection of hot tickets: