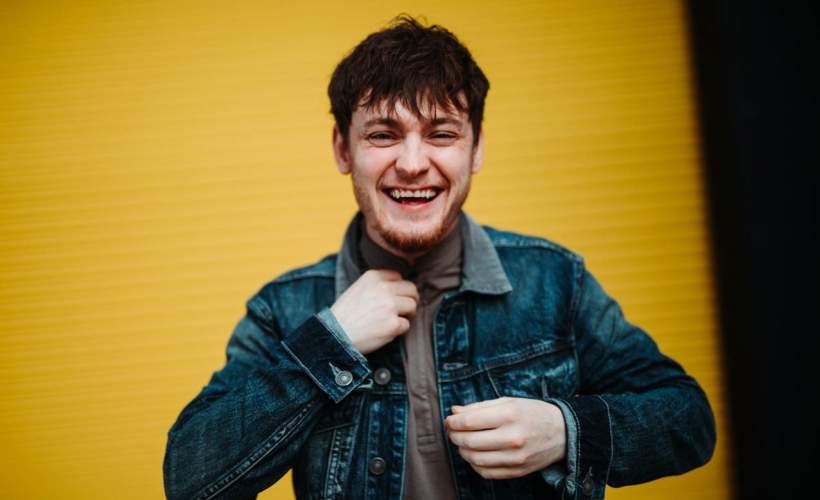 Ryan Mcmullan never disappoints fantastic performance and great intimate venue. I would definitely recommend anyone who hasn’t seen him live to go next time he is touring!!!

Absolutely blown away by Ryan and his support acts Stephen and travis. Such an amazing gig that really was worth much more than £8 !!

All 3 acts were amazing!! So brilliant that they interacted with people during and after the show! Definitely would go again

Ryan McMullan has just announced major headline dates including Gorilla at Manchester at Islington Assembly Hall in London during May 2020.

The word is spreading and the demand is rising so make sure you act fast and book your Ryan McMullan tickets before they are all snatched up. Making your gig tickets booking is made easy as you can access Gigantic 24/7 at home or on the go using a tablet, computer or smartphone.

Ryan McMullan tickets can soon be yours but you must act fast as they are expected to go very quickly. Do not forget; you can place your gig tickets order with Gigantic 24/7 using your computer, smartphone or tablet. You can set a personal reminder so you will be alerted with a text message or an email with they become available at 10:00 on Friday 17th of January.

2019 was a busy year for Northern Ireland’s hottest talent, Ryan McMullan and 2020
is shaping up to be just as busy. With a US tour starting out the year in January and
February, Ryan is pleased to announce that this will be followed by a UK and Irish
tour in May 2020. This is bound to please Ryan’s legions of homegrown fans who
ensure that every gig he does is sold-out long in advance.

Ryan’s masterful song writing has earned him much acclaim in recent years. His
ability to craft heartfelt and evocative songs combined with his astonishing voice is
winning him new fans all the time. In 2019 Ryan released ‘Rebellion’ and ‘Make A
Mark’, a collaboration with Beoga, both of which received extensive airplay. New EP
‘Ruthless Cupid’ will be released early 2020, before Ryan’s hotly anticipated debut
album which is due to arrive sometime in late 2020.

Ryan also spent much of 2019 on the road, playing his own sold-out shows in Dublin
and Belfast and playing support slots with The Coronas on their Long Way Home tour
in Ireland. He also opened for Snow Patrol in the USA, Europe and Asia and stood in
as an honorary member of the band when guitarist Johnny McDaid was recovering
after surgery. Ryan is happiest when he’s onstage, so 2020 is bound to provide lots
of chances for that with two tours already in the diary.

As ever, we only have limited stocks of Ryan McMullan concert tickets being made available by the event organisers, so you will have to ensure you book as soon as they are released or else it is highly likely you will miss out. With more essential gig tickets being added everyday plus an excellent customer services team on hand to help with every enquiry, award winning ticket vendor Gigantic should always be your first call whenever you are booking for your big night out.

Ryan McMullan strikes out on his own headline tour