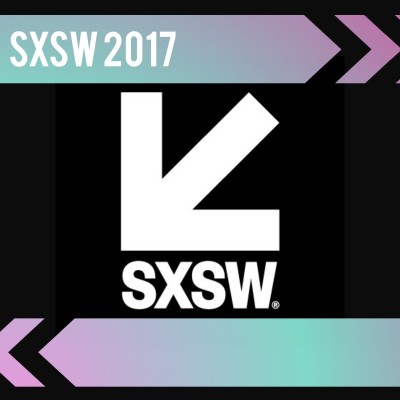 South By Southwest, typically abbreviated to SXSW, is an annual festival which showcases the world’s leading innovators in the fields of art, film, music and more. Taking place in the many extraordinary venues Austin has to offer, an invitation to participate in the ten-day festival often heralds the moment an act has truly ‘made it’ and also offers some of the biggest names a chance to return to an intimate setting to once again show everyone what made them great.

Sadly, not all of us can quite afford the flight fare to go party in Texas but; fear not! Gigantic has a roundup of some of the amazing names you can see later in the year on a stage near you.

Californian LoFi masters Grandaddy have made their most welcome unexpected return with the release of their new record Last Place, their first studio album in over a decade. Tying together postmodern lullabies with a sense of futuristic nostalgia, their songs convey agonising beauty through bursts of guitar and elegant key work.

Temples are purveyors of perfect psychedelic tinged pop. Amalgamating synths with perfect hooks and taking lessons from Phil Spectre along the way, they create left of centre songs that are just at home in Warhol’s Factory as on primetime TV. There is little doubt their newly released second album Volcanos will feature in many ‘Best Of 2017’ lists.

One of the biggest bands set to explode this year are The Big Moon. They became a formidable festival act throughout the summer of 2016 with their enormous stage presence and well-crafted indie rock. It was followed by a headline tour to promote upcoming debut album Love In The 4th Dimension proved that they definitely have what it takes to be the main event.

Cramming together raged political polemics and off the wall art rantings into a concise distortion heavy pneumatic punch, Idles are sure to thrill those that like rampant wild gigs. Bristol’s hardest hitting post punks are starting to rise in profile having benefitted from prominent airplay on BBC 6 Music and release their debut album Brutalism this week.

Ambient folk trio Mt. Wolf unites the talents of Sebastian “Bassi” Fox (singer, producer), Stevie McMinn (guitar) and Alex Mitchell (drums). The band brings together the traditional congregational sound with modern electronica to create a transcendent feel that almost spills into post rock. Their debut album is released in May.

Hull City punks Life display a remarkable level of articulate anger in their amphetamine fuelled fast riff rages. The lads were handpicked by Slaves to join them on tour exposing them to even greater audiences. Having been tipped for big things by the likes of NME, DIY Magazine, The Line Of Best Fit and Steve Lamacq – BBC 6 Music, you can expect to hear a lot from the firebrands in the near future.

The work of Meilyr Jones effortlessly skips from ballads to art house pop exhibiting his boundless talent. He implements a baritone vocal style has a unique charm matching his chamber pop style perfectly, marking him as a musician like no other. Critics agree, and his album 2013 saw him take home the Welsh Music Prize last year.