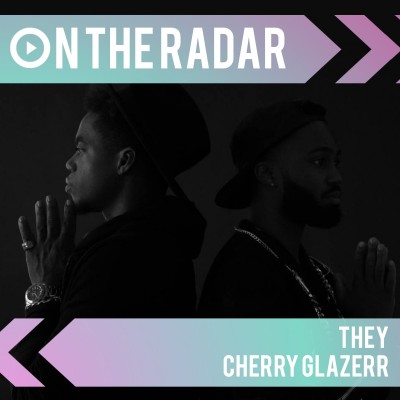 You need to know THEY. The R&B partnership of Dante Jones and Drew Love draw on a huge sphere of influence citing a love for everything from hip hop to grunge creating a fresh sound which could only be created by those with unbridled talent.

The ever-inventive pair first met after Washington D.C. born Jones moved to LA in search of a collaborative partner. While there he was introduced to Love through his childhood friend Big Drew during October 2015 and they immediately set about creating something special.

The result was their rapidly released EP Nü Religion. Despite the short time in which it was created, the songs contained merged fierce beats with strong lyrical flow and pained expressive vocals. With pure attitude and almost theatrical appeal, the tracks are perfect for the club whilst also holding massive potential for film soundtracks.

“Nü Religion is a new way of thinking. As individuals the way we have approached life and the art of music has always been left of center; even from youth. It's been all about finding a way to incorporate that into a cohesive musical project that we are proud of and that people enjoy. We think we've done that." - Drew Love

The incredible record revealed a musical prowess others could only envy but still only hinted at their true potential with the subsequently released singles Say When and Deep End expanding both their talent and their fanbase.

Their newly released debut album Nü Religion: Hyena is already set to rank highly in many album of the year lists with singles U-Rite and brand new track What You Want blowing up on the internet having been streamed non-stop since their release.

You can hear their future sound when they hit the UK in May when they play at XOYO in London and The Deaf Institute.

Indie rock trio Cherry Glazerr howl like wolves over their garage rock informed songs which always show off a real understanding of how to merge heavy guitars with pop sensibilities to forge absolutely essential music.

First started by singer/guitarist Clementine Creevy whilst aged only 15, the band has previously released albums Papa Cremps and Haxel Princess whilst also undergoing major changes in the line up to now include drummer Tabor Allen and Sasami Ashworth on synth.

Signed to superb label Secretly Canadian, they have only just bought out their third album Apocalipstick. The record saw them team up with Joe Chicarelli and Carlos de la Graza who, between them, have worked with just about everyone worth mentioning – including M83, The Shins, The Strokes and The White Stripes.

The record saw the band adopted a stricter, more regimented approach than usual in the studio. The result has been a massive growth in the complexity of their sound as shown on tracks like Nuclear Bomb which explores the emotional peaks of love through a building surge of guitar and the mechanical riffs of Told You I’d Be One Of The Guys that splutters like a starting engine before roaring to life in the chorus.

You can catch them in May when they tour before joining awesome festival Dot To Dot to promote the new material.