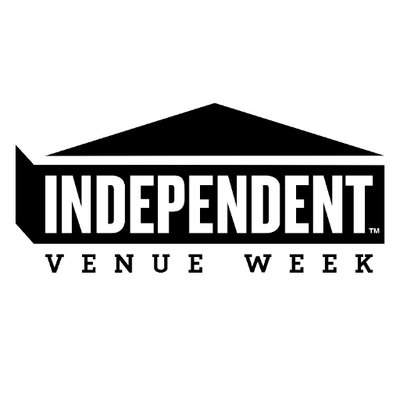 Gigantic is passionate about music and we understand the vital importance that the small stages of pubs, halls, theatres and local gig venues provide in giving rising acts their first opportunities to play before an audience.

Despite being the lifeblood of live music, recent data has shown that UK music venues are coming under increasing strain with a study in 2017 conducted by researchers from the universities of Edinburgh and Newcastle and Turku in Finland reporting that of the 200 small music venues contacted (having a maximum capacity of up to 350 people), 33% had experience an “extreme, strong, or moderate” negative impact owing to rising business rates.

These problems are further hampered by rampant gentrification as property developments bringing new residents into areas with established venues with little concern for the impact and the arising conflicts. The fore mentioned study also reports that 29% of small venues, and 27% of all venues spoken to, have had a rise in noise complaints owing to a rapid change in the local urban landscape.

This has contributed to rapid closures of venues around the UK, with the BBC reporting that 35% of all venues have closed their doors permanently in the past decade with many more likely to follow. Not only does this mean that fresh new talent no longer has a place to develop, it also means that local economies suffer as jobs are lost and the chain between associated businesses is broken, whilst communities lose an important space to meet and express themselves.

That is why Gigantic is so inspired by the efforts of the Independent Venue Week initiative (Monday 28th January - Sunday 3rd February) which aims to raise awareness of the plight of those who work hard to provide unique places to come and be entertained and campaigns to keep grassroots gigs alive. We show our support by providing you with a huge list of gigs being held by participating hotspots.

Five-time winner of the Chortle Award for Best Venue in the West and Wales, you can be guaranteed a wonderful experience at Komedia Bath. The former Beau Nash cinema is a Grade II listed building which carefully curates over 400 events a year.

Giving the punters exactly what they want; that is the trick to any successful venue! And The Crofters Rights offers an ever changing list of 17 keg and cask, draught beers and ciders to enjoy whilst listening to everything from spoken word to jazz, comedy or experimental noise.

Priding itself as a wonderful communion between musicians and their audience, The Louisiana is a 140-capacity family run venue which has become a firm favourite amongst locals and gig attendees nationwide for well over twenty years.

Leicester’s premier independent venue The Cookie is the only place to see the biggest names in music and comedy and attracts audiences from all around the UK, drawn to the quality of performing acts.

Since it first opened its doors in 1964, the 100 Club has been a cultural epicentre and acted as a lightening rod for attracting some of the world’s most influential names in rock, reggae, blues and jazz before permanently changing the sound of the musical landscape. Perhaps its best claim to fame is being credited as the birthplace of punk.

If you are looking for some action in South East London then get to New Cross Inn! Giving a platform for performing acts of all genres and descriptions, it is the perfect place to discover new emerging talent.

Manchester is a city that has long established the pedigree of its independent music scene. Having only opened towards the end of 2017, Night People is one of the newest stages and hosts new acts at least three times a week.

Established in 2005, Think Tank is one of the very best independent venues Newcastle has to offer! With a capacity of just 250, it has hosted intimate performances of The Horrors, Public Enemy and LCD Sounds System.

Le Pub has been bringing awesome live music to Newport for well over twenty years. The 200-capacity live venue also offers a vibrant art space and bar, serving as a cultural hub for the city.

A 500-capacity nightclub and live music venue found right in the heart of Wrexham! The Live Rooms offers multiple spaces each providing a unique experience.