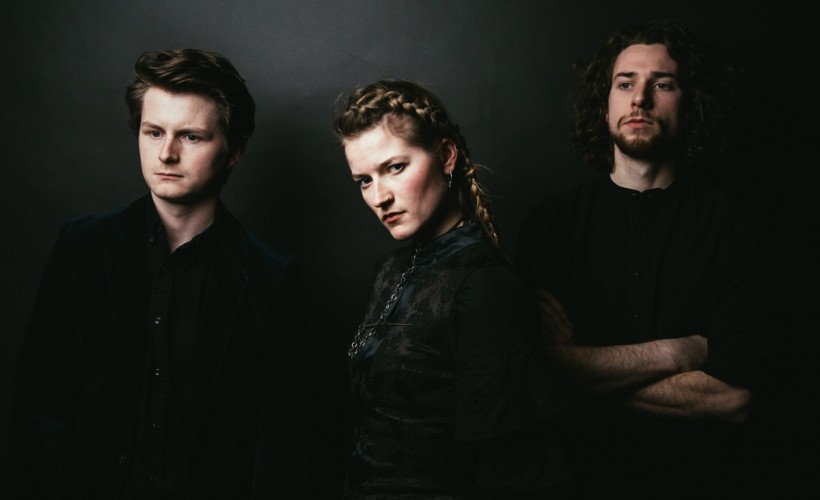 Tweet
AK Patterson has been dubbed ‘a woman possessed’, disappearing to a place of fierce enchantment when she sings. She her perform at St Pancras Old Church in London on Wednesday 15th of August 2018.

The demand is rising along with the fans excitement so you will need to act fast and book your AK Patterson tickets with Gigantic before they are all taken. We make placing your gig tickets order easy as you can access our site 24/7 whilst relaxing at home or on the go using your smartphone, tablet or computer.

At the heart of each performance is her unique vocal style. One that evolved from her upbringing in a jazz-centric household, and influences from Bjork, Jeff Buckley, Ella Fitzgerald and Portuguese Fado musicians. Learning the subtleties and characteristics in each voice has helped her carve her own, which moves easily between sensitive to thrilling attack and moments of melismatic Eastern promise.

There is an artful process to her songwriting, which she likens to her previous experience as an oboe maker, “stooped over her instrument, fixated upon the details, meticulously crafting”. Almost as a method actor might prepare for a role, she thrives on stepping into the shoes of characters, imagined and real, testing out their boundaries and mining them for inspiration. One particular honey pot for new characters was her time spent living in Japan, during which she stayed with Monks to learn the harsh discipline of meditation and immersed herself in the life of a rice farmer by working in the paddy fields.

An accomplished guitar and fiddle player, she and her bandmates, Alfie Weedon and Nat Reading, build a rich musical world. The trio met whilst playing the Brighton music circuit and festival scene in 2015.

Reading’s restless multi-instrumentalism meanwhile, has led him to play everything from Balearic pop to classical guitar with the National Youth Guitar Ensemble. Whether it be cello, clarinet or guitar he adds textural depth and heightened light and shade to the band’s sound.

Having spent three years growing a following in Brighton and London and supporting alt-J in 2018 for the Brits week, the band are on the eve of releasing their first single Shadows, produced by Charlie Andrew.

AK Patterson’s charged delivery cast against a backdrop of haunting and skilful instrumentation, makes every performance an absorbing experience, sucking you in with melancholic lyrics and then out of the darkness - a burst of savage, unfaltering honesty and release of untamed emotion.

We are only able to offer a limited amount of AK Patterson concert tickets so you will need to act fast before they all go. Gigantic offers a wide range of essential gig tickets plus excellent customer service, and with over ten years of experience you can be sure we are the right place to come whenever you are booking your big night out.