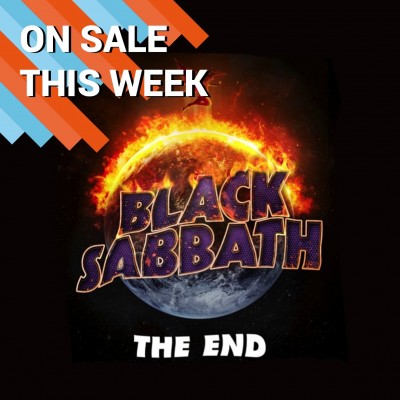 The almighty Black Sabbath are finally coming to The End. By smashing blues into acid rock the band have produced some of the heaviest riffs ever known. They have spent the last 46 years trashing hotels, touring the world and eating bats to become the most important metal band of all time.

Tony Iommi, Geezer Butler and Ozzy Osbourne are the insane minds behind such truly amazing songs as Sabbath Bloody Sabbath, Children Of The Grave, War Pigs, Iron Man and Paranoid.

Join the Prince Of Darkness and his band as they undertake one last mind blowing tour that culminates for two last nights in Birmingham where all the madness began.

Afropunk is more than a festival. It is a counterculture movement that seeks to extend education and political awareness in order to enable people to become self-empowered. Mutual respect, destroying the dehumanising stereotypes and celebrating self-expression and individuality is key to the Afropunk ethos.

Canadian ace Bryan Adams has sold 65 million albums worldwide, received 15 Grammy Award nominations and won two Ivor Novello Awards for his song writing prowess. Not to mention spending approximately six lifetimes at #1 with (Everything I Do) I Do it for You.

This summer, you too can relive ’69 when he goes on tour and plays at Lytham Festival.

Lukas Graham is the massive R&B influenced pop sensation. The band draw on elements of hip hop and folk and is currently winning the entire world over.

The Danish band is centered around their singer Lukas Graham Forchhammer and scored a massive hit with their single 7 Years which has sold over 80,000 copies and certified five times Platinum in their home country alone.

We’ve got a great bunch of bands just about to come on sale. Endigmatic indie darlings The Wonderstuff are back, sweet stuff Black Honey are about to hit the road and Joan As Police Woman is set to play some truly arresting shows. Make sure you get you gig tickets for Frightened Rabbit who are about to tour their new album Painting Of A Panic Attack.

There’s a huge range of choice for those of you who like their music a bit out there with Swedish art rockers Goat, endlessly creative sirens Warpaint, psyche-tastic Jagwar Ma plus up and coming glamour band Sundara Karma are all coming on sale soon.

Also be sure to check out the crazed rock and roll mayhem that is Gutterdämmerung. Part film, part all out rock and roll gig, the spectacle combines a silent movie that features the likes of Joshua Homme, Mark Lanegan, Grace Jones, Henry Rollins, Nina Hagen, Justice, Jess Hughes, Volbeat, Tom Araya, Iggy Pop and the late great menace to silence and decency; Lemmy which is accompanied by a live metal band.

Multi-venue Nottingham festival Hockley Hustle is celebrating its 10th Anniversary and has just released their early bird tickets. Each year sees the ambitious festival include ever better acts and include ever greater activities – and its all for charity.

It is such a great festival Gigantic are proud sponsors of it. We’re all going to be there – so should you!

Rock & Bike Festival brings together great music with a huge array of great things to get involved with for motorists, tattoo lovers and families.

This is your last chance to get your tickets for 110 Above Festival. The line-up includes a great selection of bands that are on the cusp of being huge such as Estrons, Pretty Vicious, Sundara Karma and Young Kato.

Add them to headliners D.I.D., Vaults and Hudson Taylor and you’ve got one special weekend on your hands.

Also on sale we have metalcore band Beartooth who should have just about cleaned off the mud for Download in time for their December tour. Fellow festivalmates Black Peaks and HECK who join forces on tour to terrify sound engineers all around the land. Collie Buddz will be filling dancehalls, neo punks The Garden are on the loose plus Absolute Bowie absolutely love you.