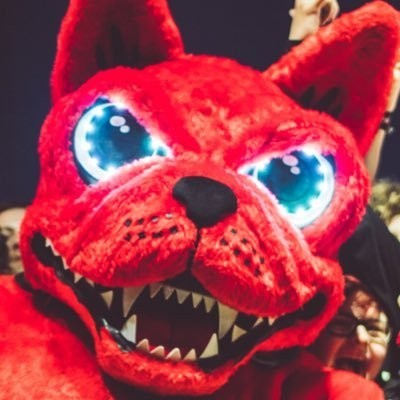 Those of you who went to Download 2016 you’ve probably only just dried off and got the mud out of places you don’t care to mention. For those of you who didn't go this year you might have gathered that there was a spot of rain but it did nothing to dampen the spirits of the tens of thousands of rock fans that descended upon Donnington Park for the annual rampage.

This year’s headliners included the German industrial frenzy of Rammstein, bat eating Black Sabbath and heavy metallers Iron Maiden. The festival was also sure to make a fitting tribute to the recently departed Motörhead singer Lemmy after whom the main stage is now named.

We take a look at the best the festival had to offer and how to occupy yourself until Download 2017.

Black Sabbath made their final ever performance at Download at what is the beginning of The End tour. Despite coming to the end of a 46-year career the band tore through a set that included their unmistakable hits such as War Pigs, Children Of The Grave and Iron Man. The crowd wasn’t disappointed when they returned to the stage to finish with an encore of Paranoid.

Make sure you get your tickets for The End tour as this is your last chance to see Ozzy and company in action.

Swedish Viking-core band Amon Amarth were perhaps one band that benefitted from the dramatic weather. Their death metal guitars and guttering vocals drew large audiences who dared to brave the deep seas of mud to catch a glimpse of the bearded guitar warriors.

You can see them without any risk of mud when they tour in November.

We were hoping amazing Australian act The Amity Affliction really would bring the weather with them but they still managed to thrill spectators with a good hard set.

Their new album This Could Be Heartbreak is released later this year and will be promoted with a tour in December. Critics are calling this their most revealing record yet with tracks that show a massive development in their song writing talents.

The rock and roll spectacle Gutterdämmerung was shown at Download again this year. In the similar vein of silent movies of old, this bizarre mashup of movie and all out rock gig sees a live band shred in accompaniment to the screen showing a mythological film featuring the likes of Joshua Homme, Mark Lanegan, Grace Jones, Henry Rollins, Nina Hagen, Justice, Jess Hughes, Volbeat, Tom Araya, Iggy Pop and the late great menace to silence and decency; Lemmy.

Make sure you seize your chance to see this unique show when it tours in September.

The Beartooth set was unfairly early given just how damn good they are. But they were playing on the main stage on a Saturday so it’s perhaps no surprise their performance started at noon. At least it was one of the few sets that there was a bit of sunshine!

Their upbeat melody and catchy choruses roused the audience and were a great start to many festival goers day.

They are touring in December to promote their new album Aggressive.

Hell raising metal band HECK didn’t have a long way to travel coming just down the road from Nottingham. The band flew into action and straight into the audience with guitarists Jonny Hall and Matt Reynolds spending most of their time crowd surfing, being held aloft by the audience like statuesque mascots and instigating their own circle pit leaving bassist Paul Shelly and drummer Tom Marsh to fill the large stage with their massive personalities.

HECK were recently invited to play at Kerrang! Awards Nomination Party (although were perhaps not asked to destroy it) and followed Download by attending the Metal Hammer Golden Gods Awards where they were nominated for Best New Band with their debut album Instructions.

Who knows what they will do at Leeds and Reading Festival?!

Black Peaks made their debut Download performance on the Saturday at the 3rd Stage. The highly innovative Brighton based band recently wowed crowds supporting Deftones at The SSE Arena, Wembley before absolutely smashing Download.

They are sure to totally rock Tramlines, Y Not and Truck Festival.