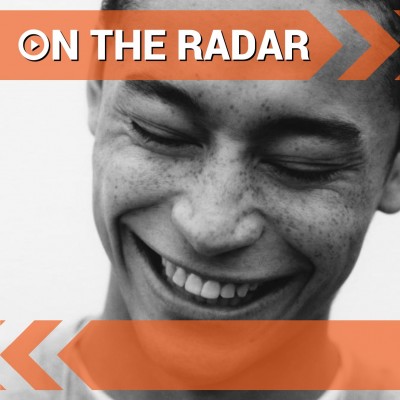 Canadian punk rock band PUP are back in the UK to promote their new album The Dream Is Over. There is lot of melody to their music, especially in the choruses, which isn’t initially obvious as these Toronto punks like to keep their songs nasty, brutish and short – check out their song Factories if you don’t believe me!

They have a slight penchant for violent videos as you can see on their latest single If This Tour Doesn’t Kill You, I Will which sees the band members maim one another in some truly horrific ways resulting in their forced hospitalisation only to escape to reunite and play in front of wildly excited fans.

This new video also includes parts taken from the promo of their hit single Reservoir from their eponymously titled debut album in which each member suffers a nasty accident as a result of playing their instrument. Singer Stefan Babcock comes off the worst and has to be zapped by a defibrillator machine handily provided by the audience. I think we’re starting to sense a theme here…

The videos reflect the sheer energy PUP pour into every live performance showing no relent despite gigging heavily - playing 450 shows in just two years. During this time Babcock noticed a change in his voice and a trip to the doctors revealed he had a haemorrhaging cyst on his vocals chords that was bleeding into itself and told he must stop singing. Instead he pushed himself even harder and risked everything.

Loyle Carner is a raw new talent emerging from South London. The music of this young force is eloquent and intelligent Hip Hop.

Choosing to approach music in a gentle almost understated way makes the anger that flows through his songs ever more powerful. By selecting Jazz enthused beats and using spoken tones rather than shouting the stories told through his songs avoid the obvious showing a real talent for song writing and a command of language that surpasses his age.

These cutting stories express this generation’s struggle of debt and his own personal fights with loss and depression expressed with such excellent skill he demands your attention. Never relying on clichés and shaping his honest experiences into true art he has the makings to shape the cultural landscape around him.

Whilst at school he was diagnosed with dyslexia and attention deficit hyperactivity disorder (ADHD) resulted in him promptly being labelled and written off, amplifying the negative aspects of his condition which could have resulted in a dead end.

However, despite his difficulty with the written word there was something about poetry and form that had always captivated Carner from a young age. Rather than accepting the limitations being placed upon him by others he embraced his alternative understanding of language and used it to develop his own unique style and has taken the energy that ADHD instils and focused it into his creative endeavours.

Kaleo is Hawaiian for “the sound” which is quite apt for a band that produces a gorgeous concoction of blues, folk and country. The Icelandic school friends recorded their first album in just six weeks. Self-titled, it was released in 2013 and each of the five singles would hit #1 in their home country.

After playing a fantastic set in 2015 at South by Southwest (SXSW) in Austin, Texas, the band were garnished with praise from the likes of Esquire magazine who listed them in their 40 Bands You Need To Hear which exposed them to an international audience.

Their new album A/B has just been released this month and includes the single All The Pretty Girls has been streamed over 23 million times on Spotify alone and hit #8 in the American Billboard Adult Alternative Songs.

Make sure you check them out for yourself when they play in the UK this November.

Art rockers Grouplove are back with their new album Big Mess. Colourful, eclectic and euphoric, the Los Angeles based band produce pure sun kissed pop songs that are true bliss.

Their work started after a chance meeting as art students whilst on residency on the beautiful Greek isle of Crete. Whilst there, the newfound friends wrote music together which they then recorded upon returning to the States.

It was only then that they truly became a band and gave the project the now familiar name and released the albums Never Trust A Happy Song and Spreading Rumours.