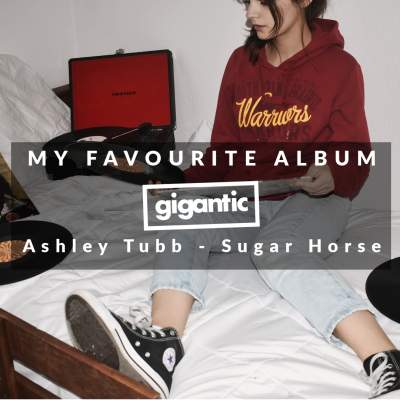 We continue our series of revealing My Favourite Album blogs with an in depth contribution from singer / guitarist Ashley Tubb from the innovative hard rock quintet Sugar Horse who draw their influences from post rock, stoner rock, doom metal and all things dark and epic.

Following on from their introductory EP ‘DRUJ’ and their critically acclaimed expansive single ‘GakEater’, Sugar Horse have just released their explosive five track EP ‘DRUGS’ which really exhibits their penchant for the apocalyptic, as the Bristol based band gently create an intimate sense of atmosphere before tearing it up with colossal rampages of terrifying granite hard riffs.

‘DRUGS’ is released on MP3 and limited edition 12” vinyl which you can order HERE.

This is a record called ‘Frames’ by a band from the general Manchester area called Oceansize and it’s probably the most breath taking 66mins and 26seconds of music I’ve ever heard in my life.

When Is It From?

Came out in late 2007 and was recorded at the legendary Monnow Valley.

I ﬁrst this shortly after I’d discovered the joys of the YouTube blackhole. I remember hearing At The Drive In’s ‘Relationship Of Command’ for the ﬁrst time a month or so previously. At the time I was really into loadsa older, more commercial metal and punk I guess. Metallica, Slayer, Pantera and some frankly pretty embarrassing pop punk. One Saturday I took a trip to the only record store in a 50 mile radius. A few months before I’d been in and purchased Metallica’s 'Live Shit Binge & Purge' boxset, so the metal kid who worked there knew I wasn’t fucking around. Anyway, this time I walked in and browsed a bit, in all honesty having no clue what I was looking for. Eventually I asked the guy what he’d recommend and he picked up ‘Relationship Of Command’, Deftones’ ‘White Pony’ and Thrice’s ‘Artist In The Ambulance’. All three of these records ﬂoored me completely. I had no clue people made music this weird.

Fast forward a few months and I’d decided that I wanted more “underground shit”. I’d become bored with THE MAINSTREAM MAAAAN. I needed some weird shit and I wanted to see just how weird it could get. I was watching loads of live At The Drive In videos and marvelling at how crazy they were on stage, when a live video popped up in the right-hand Related Videos section. That video was Oceansize playing ‘Unfamiliar’. The second track on this record. I clicked it and from the ﬁrst chord I just sat there open mouthed. Everything about it was perfect.

Ya know sometimes you hear a band and you think, “I love the guitar in this, but the drums/vocals/ lyrics really let it down”? Well the opposite happened here. Everything was in its correct position. It was beautiful and I’ve never experienced excitement like it.

I think there’s a speciﬁc period of everyone’s life where music really connects with you. The bands you are really into from around 14 ’til about 22/23 tend to stick with you for your entire life. Oceansize came to me in that golden period and it never fails to take me back there. Like a window into my late teens.

‘Commemorative 9/11 T-Shirt’ - First off, this is a 10/10 song title. I love a good joke song title and this one is up there. It’s a big broody intro track. Real glitchy and odd time changes. I still have no clue how Mike (Vennart, Singer) writes these amazing vocal lines over such obtuse music. Mark Heron had a really singular drumming style. One of those where you can tell it’s him as soon as he starts playing. He has this ability to make tracks almost feel like they’re levitating. This constant movement thing that makes the whole song feel really untethered and free form.

‘Unfamiliar’ - As I said earlier, this was the ﬁrst Oceansize track I heard and I was absolutely blown away. The opening chords are pure bombast, but not in a wanky Dream Theater kinda way. It’s like an orchestra coming in or something. The “UNFAMILIARRRRR” bit at the end still brings a tear to my eye.

‘Trail Of Fire’ - Some of my favourite Oceansize lyrics in this one. I am probably way off the actual meaning, but to me it’s about dissatisfaction with one’s lot in life. Growing tired of being overlooked: “I’m sick of papering the cracks, extinguishing the ﬁre track.” It’s a glorious song and in typical Oceansize style cycles through about ten different genres before it explodes into the giant ending.

‘Savant’ - This is the start of the super dense section of Frames. The closest to what you’d call a ‘ballad’ on the record. A really beautiful bit of song writing. Most Oceansize songs feel like they’re focussed pretty heavily on the instruments with the vocals carving a through line that links all these disparate sounds together. 'Savant' is quite the opposite. It feels much more like a song, brought in readymade, that the instruments accentuate. That being said, it has sooo many layers. Rivers of guitars, thick ﬂowing bass and even a string quartet all melt into each other and it’s a glorious thing to behold.

‘Only Twin’ - A song that kicks off a set of three truly spiteful pieces of music. I love it. You can hear the venom pouring out of the speakers and staining your nice clean carpet. ‘Only Twin’ kind of creeps up on you slowly, appearing kind of simple on ﬁrst listen, but when you delve deeper you realise that it is nigh-on-impossible to play. Overwhelming complexity builds and writhes around ’til it all ﬁnally gives way at the end and the whole mountain kind of just falls over on you. “Empty as a hole and ever depleting.”

‘An Old Friend Of The Christy’s’ - An instrumental monolith that’s a kind of centre piece to the album. Name is taken from a pretty famous line from Friday the 13th. Strong Mogwai vibes on this one. There are tales of the ridiculous click tracks needed to record this. Seems like the drums are playing an almost completely different song at times. The pay off on this will fuck your day up, fact.

‘Sleeping Dogs & Dead Lions’ - Apparently this song was moulded out of offcuts that were too weird to get into any other song on the album. You can hear it. It’s a smashing bottles on your own head kind of tune. A song that introduced me to a little band called Meshuggah and showed me that singing can sound just as heavy as screaming your bollox off over something. Please note that this song contains the longest sustained “CUUUUUNNNNTTTT” in recorded music.

‘The Frame’ -Trying to ﬁnd the words to describe accurately how much I adore this piece of music has been like pulling a plane out of my ear. Apparently, it’s about a member of Mike’s (Vennart) family and personally it always reminds me of my father. I have wept to this song more times than any person should to any music really. A masterclass in ﬁnishing a record.

There it is, my favourite record of all time. I got pretty excited when I was asked to write about it and I thought it was gonna be good fun, but it turned out to be a couple days of almost constant paranoia about doing it some justice. I love it and I hope if you decide to listen to it following this, you’ll love it too. Thanks for reading my inane babble. Don’t grip the wheel too tightly.